CEOWORLD magazine - Top Stories - Executive Education - These 47 major cities have the highest quality of life in the world, 2017

New Zealand’s capital Wellington has been named as the best city in the world when it comes to quality of life, according to Deutsche Bank’s Mapping the world’s prices report 2017, while New York, Paris and London fail to make top 25.

Edinburgh in the UK is named as having the world’s second highest quality of life, followed by Vienna, Melbourne, and Zurich.

The ranking is based on 8 factors including Cost of living, climate, health-care, property price to income ratio, purchasing power, safety, traffic commute time, and pollution.

Without further ado, here were the top 47 major cities in the world for quality of life. Is your city on the list?

These 47 major cities have the highest quality of life in the world, 2017

These 47 major cities have the highest quality of life in the world, 2017 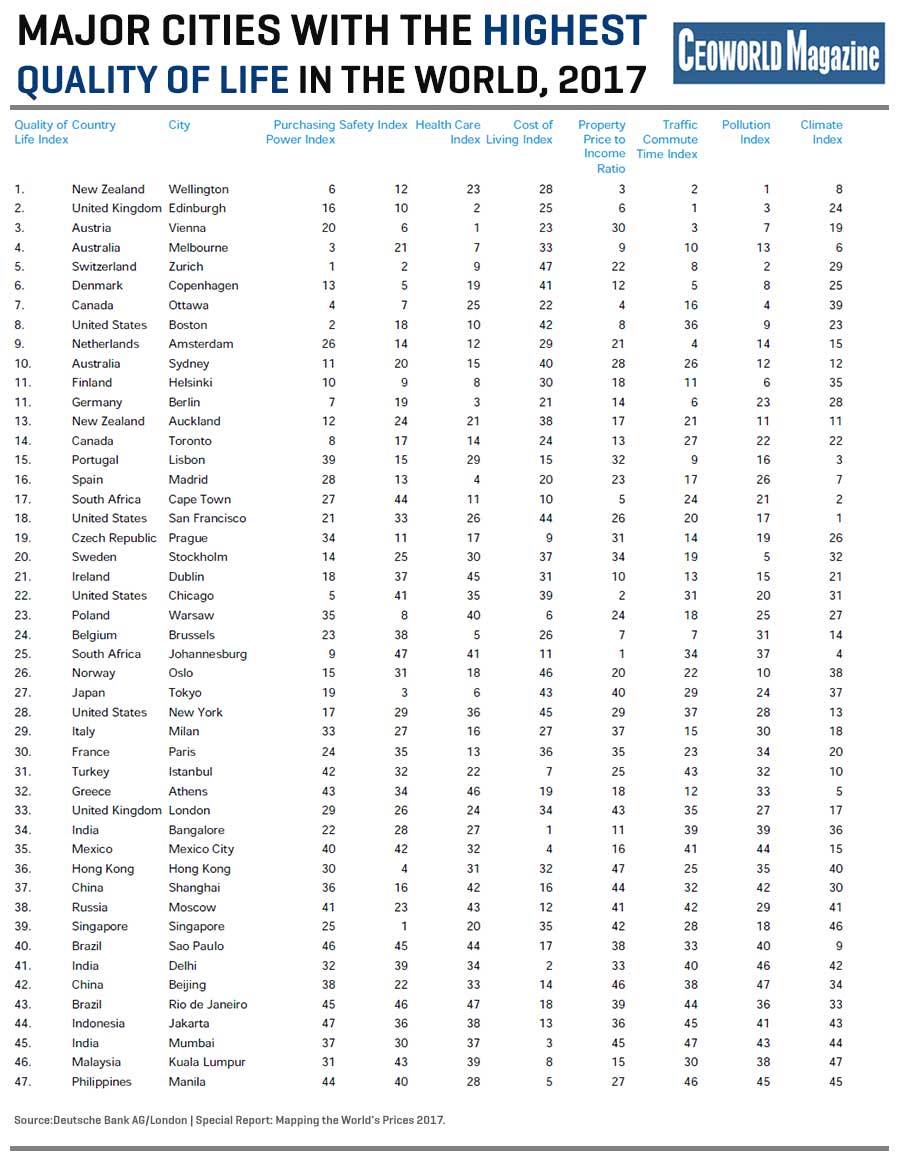 CEOWORLD magazine - Top Stories - Executive Education - These 47 major cities have the highest quality of life in the world, 2017

tweet
share on Facebookshare on Twittershare on Pinterestshare on LinkedInshare on Redditshare on VKontakteshare on Email
Prof. Dr. Amarendra Bhushan DhirajMay 9, 2017