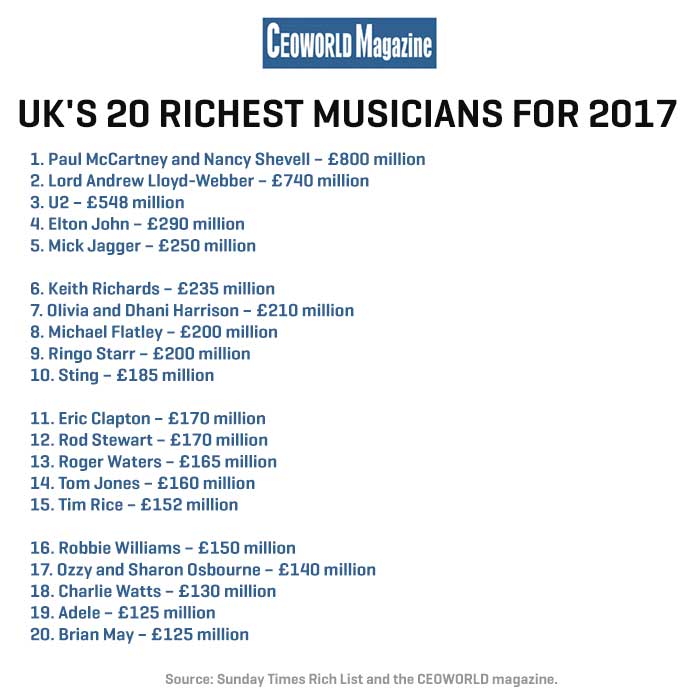 Paul McCartney has just been named the UK’s richest musician on the Sunday Times Music Rich List. The publication has estimated the former Beatle and his wife Nancy Shevell wealth at £800m.

With an eye-watering estimated wealth of £740 million, music composer Lord Andrew Lloyd-Webber comes in at 2nd, while U2 fly the flag for Ireland on the list at third place. Bono and co is believed to be worth £548 million.

Mick Jagger is the highest-earning Rolling Stone; taking 5th place on the list behind Elton John in 4th (£250 million and £290 million respectively).

Keith Richards follows at No. 6 with an astronomical total wealth of just under £235m.

tweet
share on Facebookshare on Twittershare on Pinterestshare on LinkedInshare on Redditshare on VKontakteshare on Email
Prof. Dr. Amarendra Bhushan DhirajMay 4, 2017