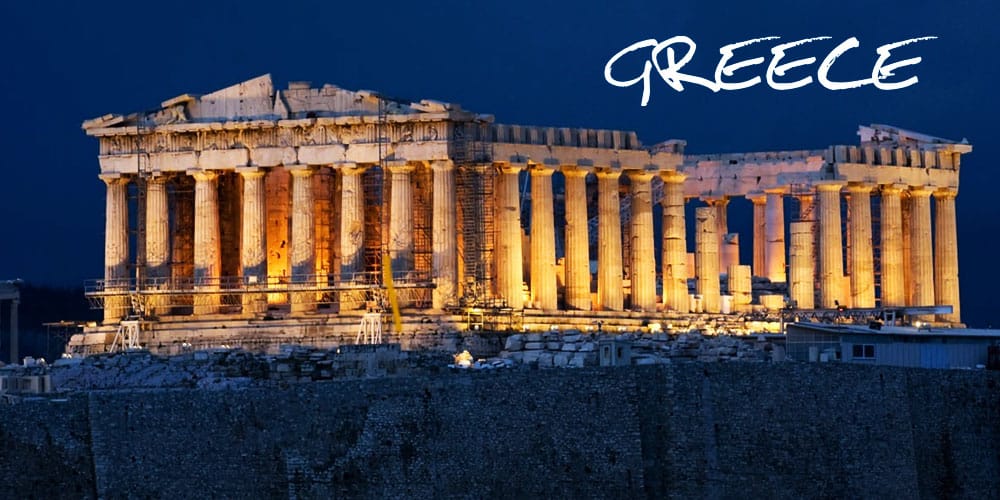 In Nov 2014 I ran my fourth marathon, I’d signed up to run in Athens over the original course, running from Marathon to Athens. In my previous 3 marathons I had run times of 5:12, 5:02 and 5:12, and this time I set my goal to finally beat 5 hour barrier, and thought it would be fantastic to achieve that on the most famous course of all.

I knew that to do this I would need to run at an average of 7 minutes/km, this was to take into account that fact that you always a run a little more than 42.2km, often running between half and a full extra km as you dodge and weave you way around other runners and stop for drinks and take bathroom breaks.

I didn’t tell anyone this was my goal, because Athens is a tough course, and most of the people I knew were planning to run conservatively, but I was determined to run a personal best and beat the 5 hour barrier for the first time ever. That was my dream!

My training had gone well, I had done quite a bit of traveling which whilst it interrupted my training plan, it also allowed me to ensure that I didn’t over train, in the other marathons I’d trained a lot and I believe that I might even have over trained and this time, knowing the course was tough I wanted to make sure that I had enough gas left in the tank for the race, it was going to be tough and I was going to need everything if I wanted to set a new personal record.

On the day of the race the weather was a bit warmer than I’d hoped for, it was 18C/64F at that start with the temperature forecast to get over 26C/80F by midday, which for me is not ideal, I prefer to run in cooler temperatures, but I was committed to my goal, I was determined, I was a man on a mission.

The Marathons to Athens course has a lot of hills, it’s quite flat at the start for the first 10km, and then its pretty much uphill from 10-32km, and then downhill into the old Olympic stadium, which is a fantastic setting and the best finish to any marathon I have seen.

My plan, was to run the first 10km in around 6:30min/km average benefiting from the flat, then try to get to 32km with an overall average of around 7mins/km, then looking to pick up speed and get below 7 on the final 10km.

This was the plan I needed to run and it wasn’t really going to be that easy, because in my previous marathons I’d always struggled in the latter stages, but I thought if it’s down hill then maybe, just maybe, this was doable.

When I run the longer distances, 20km and above I use the Jeff Galloway method, which is one of run/walk, it helps me conserve energy and it’s less stressful on my muscles. To me this means that I run for 3 minutes then walk for a minute, having switched to this method from just running straight through I’d seen improvements in both my times, and how I felt at the end of races.

I use the Nike plus application to tell me when to switch from run to walk, and it also gives me great transparency because it also tells me how far I have run and what my average speed is, which then allows me to make the necessary corrections to try and maintain the needed progress.

During the first 10km of the race I felt good, I felt strong and I actually passed through 10km averaging in 6mins 30 seconds, which put me bang on schedule.

Then the hills kicked in and pretty quickly I saw my overall average time start to increase climbing closer and closer to 7 minutes, and I needed to keep reminding myself that this was ok, this was the plan, I knew that it would be tough in the middle because of the hills.

The toughest part of the race for me was from 25km to 32km, this was where the hills were the toughest and my average for this piece of the course alone was 8 minutes/km which pushed my overall average to 7 minutes and 1 second per km, which put me above my 7 minutes target for the first time.

I started to feel a little bit concerned, I knew that the course would start to level off and then the last 10km would be down hill, but I didn’t know exactly what this was going to be like, would it just be a gentle down hill or would it be a little bit more than that and enough to allow me to pick up the speed and the time that I had lost on the hills.

As I came over the crest of the hill at 32km, I was happy to see the course was definitely down hill, and this gave me great confidence and I began to pick up my pace and within 2km I’d managed to get my average to 6 minutes 49 second and get myself ahead of schedule and as I crossed the official 35km barrier in 4 hours exact I knew that I had exactly 7.2km left to go and if I could run that in under 1 hour I would achieve my target, which meant I just needed to average 7 minutes and 18 seconds for each of the remaining km.

I was now ahead of schedule, and things were looking good.

But then with just 3km remaining my iPhone batter died, I don’t know if it was because of the heat, or what, but it was now out of power and I was now running blind.

Not only would I not know what my average speed was, I also couldn’t measure the run walk distances.

I had been running for 3 minutes and walking for 1, and I knew that I couldn’t just run straight to the finish, so now I had to guess how long three minutes were; either by trying to count in my head – not a good idea when you are exhausted – or I needed to try and judge how far I had run previously in three minutes and run that distance and then count to 60 as I walked.

But as I’d spent much of the past 2 hours running up hill, I didn’t really have a clear indication of what 3 minutes looked like in terms of distance, as I was now running down hill.

I tried not to think of this as a disaster because I knew how much time I had and I knew it was doable if I conserved my energy, but I was concerned, as it was really hard to be sure whether I was running for 3 minutes or 2 and half, and it was important for me to get the ratios right in order to achieve my goal of sub 5 hours.

As I continued to run I felt better than I had in any previous marathon, I was also spurred on now by the crowds that were now getting thicker, and the supportive slope of the course.
As I approached the last km I felt good, it was a down hill run passed the Kings Palace, the crowds were cheering louder and louder, then there was a sharp left run and you could see the old Olympic stadium.

What a beautiful sight after he 42km of run, and I managed to pick up speed and spring the last 200m towards the finish line.

I felt great I was sure I had done a personal best, but what I didn’t know was whether or not I had managed to break 5 hours.

When I finally got to check my official time, I had run a personal best, I’d completed the course in 5hrs 0 minutes and 9 seconds.

Everyone congratulated me on doing a personal best, I was one of the few that had achieved it because the course and the conditions were tough, but I had failed to achieve my own personal goal, my dream of breaking 5 hours in Athens. I was gutted!

This was all because I had lacked transparency into my performance at the crucial stage. Had I failed by 2 minutes or more I would have been disappointed but I would have accepted it, but to fail by a mere 9 seconds, which I probably lost by just walking 10 meters longer on one of my walk sections had cost me the dream of breaking 5 hours in Athens over the original marathon course.

This is why transparency is important; it allows us to know exactly where we are and what we need to do in order to be successful. Without that we are running blind, and when we run blind we can snatch defeat from the jaws of victory.

I know that had I had that information I would have been able to skip one of the walks or reduce it, I felt good enough to do it, but I thought I was well under the required pace, I thought I was going to finish in something like 4 hours and 58 minutes.

To say I am disappointed would be an understatement, yes I did achieve a personal best on the most famous marathon course of them all, but for the sake on a mere 9 seconds l failed to achieve my dream.

Now, while this is an interesting story, what does it mean to your business. Well do you have transparency into your performance, do you know how you are doing compared to the goals you have set for your company? Do your staff know the goals and how will you are doing against them.  If not then you too could pluck defeat from the jaws of victory. You could miss out on achieving your goals, all because you lacked visibility into performance. The better the transparency you have the more control and ability to adapt to ensure success.

tweet
share on Facebookshare on Twittershare on Pinterestshare on LinkedInshare on Redditshare on VKontakteshare on Email
Gordon TredgoldMarch 6, 2017