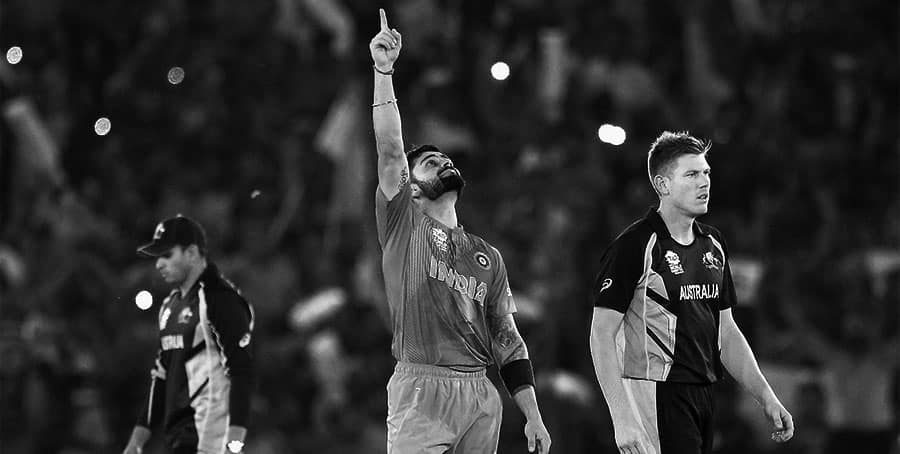 Sports is enjoyed by everyone, participants as well as the spectators!

While sports can be a lifestyle for some people, it is a stress buster for a few, leisure for many and entertainment for the enthusiasts. For centuries, the buzz about sports has constantly increased and it is an activity loved by people.

The world history of sports has witnessed sports as a media to promote peace and development among countries of diverse backgrounds. The Sports Sector makes significant contribution to the nation’s economy and influences its socio -economic development as well.

The Sports Sector in many countries around the world is a leading industry that increases employment opportunities for the citizens and enhances the economy. The industry is inclusive of various sections such as sports tourism, goods manufacturing and retail, equipments and apparels, promotional items, sports infrastructure, management services and sponsorships. The contribution by the sports industry can reach as much as 6 to 7 percent to a nation’s economy.

Although India is at an embryonic stage of sporting culture, great developments have taken place in the country over recent period of time. Hosting a few international sporting events, India has become a multi sport nation. The country which is obsessive about cricket has not only shown rise in fans of “Indian Premier League” (cricket), but hosting different leagues such as Hockey Indian league, Indian Badminton League, Indian Super League (Soccer) and Pro Kabbadi (an indigenous traditional Indian sport) has also resulted in mass awareness and popular fan following for different sports. These initiatives are changing the game of sports culture in India, thereby, supporting the business of sports in the country.

A consecutive series of sporting events in recent years has brought India’s potential in the limelight, to establish a sports industry that can garner rich returns in various segments.

The segments of Sports Sector that have grown in past decade in India are as follows:

India hosted the 19th Commonwealth Games and the Hockey World Cup in the year 2010, ICC Cricket World cup in 2011, the 10th Women’s cricket world cup in 2013 and various other events in the past. As a result, lately, Sports Tourism- a global travel industry has flourished noticeably in the country. In many countries such as U.S.A., U.K., South Africa, Germany, Sports Tourism is a well developed sector that contributes in revenues for the nation.

The concept of Sports Tourism has opened up tremendous opportunities for the tour organisers and agents in India as well. These agents specialise in offering different services to cater to diverse types of tourists who may either be players or visitors from different nations. Sports Tourism has broadened the horizons for the already established tourism industry of India. The country well known for its warmth and hospitality is growing strong in the fresh sector of Sports Tourism.

Sports as an Investment Opportunity Sector

The successful fan following of the IPL- Indian Premium League is just a beginning of the tremendous sporting development of the country. The recent developments have been possible with the help of investments made in infrastructure and media by several celebrities and entrepreneurs. Film stars such as Shilpa Shetty, Preity Zinta and Shahrukh Khan have been supporters of different franchises of the IPL for a long time. Others joining the club are Abhishek Bachchan, who recently bought a franchise of Jaipur, Pro Kabaddi League, Salman Khan owns a Pune Franchise of Indian Super League (Football), John Abraham is a proud co-owner of teams of the Hockey India League and the Indian Super League and many others who aim to set in new levels of achievements in the sports industry. Cricketing legends such as Sunil Gavaskar, Sachin Tendulkar and Saurav Ganguly are extending their love for sports by being owners of different franchises of the Indian Badminton League, Indian Premier Tennis League and Indian Super League respectively.

Mukesh Ambani, the wealthiest man of India, Chief of Reliance Group; G. M. Rao, Chairman of the GMR group, Sunil Mittal, Chairman of Bharti-Airtel, K.P. Singh, Chairman of DLF are a few of the entrepreneurs of India who have also invested in the sector of Sports in India.

A sportsman has to be trained consistently, and diligently nurtured at the grass root level onwards. Institutes such as Amity School for Physical Education and Sports and Bharti Vidyapeeth University with their courses in Sports management, Physical Education, nutrition and sports science educate the young enthusiasts for the successful business of sports.
There have been significant initiatives by the Government of India for proper education and training to evolve sports ecosystem in India. The Sports Authority of India (SAI), NSFs (public health and safety organisation), Central and State Governments of India are working together to provide quality training to trainers, sports equipments and infrastructure. Although, the government is making rigorous efforts to provide world class infrastructure and facilities, the void exists in the efforts which can only be filled by the combined efforts of public-private partnerships programs and autonomous organisations. Under CSR initiatives, TATA Group with its TATA Athletics Academy, Archery academy and Football academy has encouraging results. Jindal Steel Works (JSW) Foundation has established the second largest academy of squash in India. Also, the IMG-Reliance has partnered up with All India Football Federation (AIFF) to refurbish the game at grassroots and professional levels. Sports Infrastructure with all the modern amenities is imperative for the growth and transformation of the Indian Sports Industry that holds unexplored hidden potential.

The Sporting Goods and Equipment Industry already exist in India. Very few people know that the towels used in the Wimbledon Grand slam, footballs for International Leagues, sports nets and the cricket bats are the top export Sports Good that are manufactured in India. This makes India a leading sporting equipments exporter in Asia.

Many Indian companies are working as contract manufacturers for international brands due to availability of low cost skilled labour and the area for industrial set-up. In addition, the Central and State Governments are taking initiatives to facilitate investments such as, allowance of 100% FDI in the sports manufacturing sector. As a result of exchange of ideas with foreign retailers, it has led to knowledge building and technological advancement of Indian manufacturers.

The major manufacturing industries of sports goods are situated mostly around the states of Punjab, Haryana, Uttar Pradesh and Gujarat. Many other states and cities are waiting to be explored for expansion of sports manufacturing industry. As per the Sports and Management Research Institute (SMRI), the land of Sports Engineering, U.K.is the major importer of Indian sports goods.

To sum it up, the opportunities in the sports sector in India have not yet been completely explored though the investments till now have proved fruitful in terms of returns. The awareness of the sports sector among the people in India has increased which is a key factor  for the development of this sector.

There has been no comprehensive study done on the size and opportunities of the sports industry yet. As per the analysis done by KPMG and Confederation of Indian Industry (CII) only the non-profit CSR activities and initiatives have made investments in the Indian sports industry. The blooming sports industry in India looks forward for supportive investors from India as well as other countries.