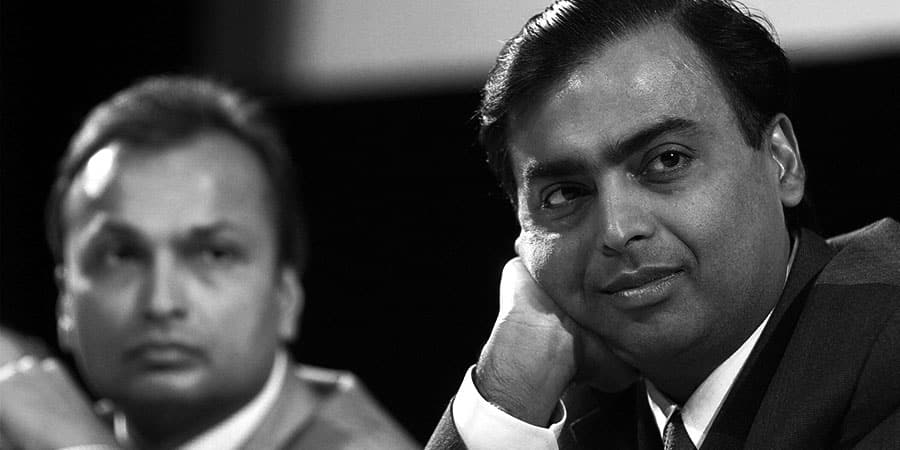 Bangalore, Delhi NCR, and Mumbai are the best-perceived tech cities in India, according to a survey by the CEOWORLD magazine. Question topics touched on Start-up growth, digital infrastructure, innovation, and livability.

Bangalore took the top spot, because people said it has a “well-developed technological infrastructure,” is well-connected globally, and has an “excellent startup ecosystem.” Delhi NCR came in at No. 2, Mumbai placed third because of its “economic power.”

The Digital Indian Cities Survey, 2016  was developed and conducted by the CEOWORLD Magazine and includes responses from more than 74,000 IT professionals and tech recruiters, all over India. The Digital Indian Cities Survey, 2016 also reflects the opinions of 12,600 full-time tech employees working for large tech companies. The reports were fielded in September and November 2016.

The margin of sampling error for the full sample of 74,000 respondents is plus or minus 1.9 percentage points. In addition to sampling error, one should bear in mind that as in all survey research, there are possible sources of error—such as coverage, nonresponse and measurement error——that could affect the results.

Here is the official ranking: 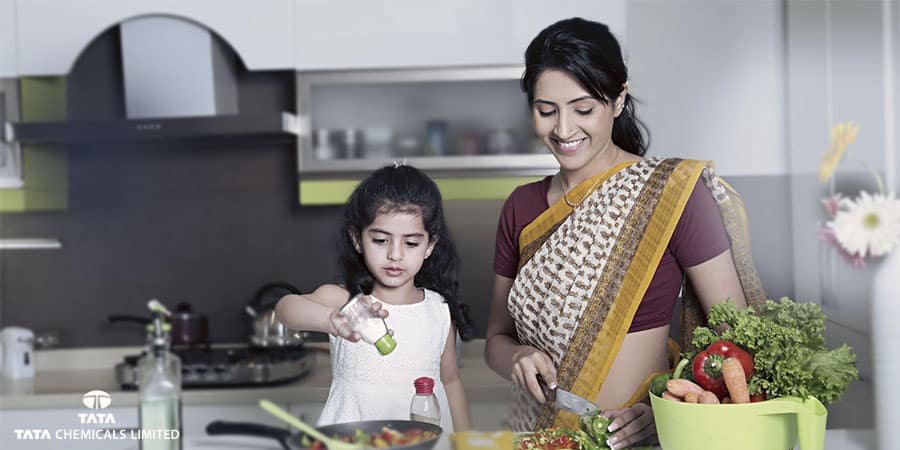 In today’s times, technologically advanced cities contribute to the development of the entire nation. Many developing countries are coming up with the idea of creating smart cities in order to catch the pace of developments that are taking place in technology at a global scale. Building a tech city brings together all the facilities and ease that enhance the standards of living.

A city that is technologically advanced is planned and developed with state of the art infrastructure, faster operating e-government services, upgraded productivity and an enhanced citizen experience. Technology designs the cities to make them liveable that adds convenience to the people with new and advanced transportation services, extensive distribution of water systems, electricity and improved highways for connectivity and communication.

Indian cities are one of the fastest developing cities in the world in terms of economy, lifestyle and infrastructure. These developments have been majorly supplemented by the emergence of IT sectors in various cities across the country. The Government is working on setting up advanced IT parks in almost all the major cities covering the states of India. Following is the list of tech savvy cities of India that have contributed tremendously in the growth of economy and standard of living.

Bangalore
Also known as the “IT capital of India” or Silicon Valley of India”, Bangalore is the nation’s highest IT platform. The city is highly advanced with its wide demography. It is the fastest growing metropolis in India with good infrastructure, transportation, fresh talents and more. The city headquarters international technological organisation of India such as Infosys, Wipro, ISRO and Hindustan Aeronautics Limited. Bangalore has many elite education and research institutions of India, such as Indian Institute of Management Bangalore (IIMB), Indian Institute of Science (IISc), National Institute of Design (NID) and many more. The city hosts Hosur Road Elevated Expressway, which is one of the longest elevated expressway in India. Bangalore has gross domestic production (GDP) of $83 billion as per Yahoo! India finance.

Pune
Pune, the cultural capital of Maharashtra is also a buzzing hub of automotive and IT sectors. The city has IT parks such as Hinjawadi and EON on the outskirts with residential and corporate towers. Significant number of national and international companies such as Wipro, Tech Mahindra, Cognizant, IBM, BMC Software, IGATE, HSBC and more have set up their campuses and thus contribute extensively in India’s IT revenue. With manufacturing plants of global automobiles such as Mercedez Benz, Skoda, General Motors, Volkswagen, etc, Pune is the next favourite destination for investments in India. The city’s close proximity to Mumbai adds to its advantage in trade, business and lifestyle.  Pune also hosts many reputed education and research institutes such as Symbiosis International University operating various colleges and institutes, Indian Law Society Law college- one of the top law colleges in India, Armed Forces Medical College (AFMC), Film and Television Institute of India and more.

Hyderabad
Hyderabad, one of the most advanced cities of India, has also become a major IT centre due to the presence of a major technology township- The HITECH city, a tech oriented cyber city. Hyderabad excels in various technological advancements and is home to some of the reputed Indian research and financial institutions such as National Geophysical Research Institute, Centre for Cellular and Molecular Biology and is therefore known as the “Genome Valley”. Hyderabad has approximately 1500 IT companies, including assorted companies such as Apple, Microsoft, Google, Yahoo, Infosys, Tata Consultancy Services, etc. Being a global centre for information technology, the city is also named as “Cyberabad”. According to The World Bank Group, Hyderabad is the second best Indian City to do business.

Mumbai
Mumbai is the financial, commercial and entertainment capital of the country. Known as the  wealthiest city of India Mumbai has also become one of the leading tech centres in recent times. Based out of Mumbai are various conglomerates that include L&T, State Bank of India, Reserve Bank of India, Bombay Stock Exchange and other financial sectors. India’s largest IT Company, Tata Consultancy Services (TCS) is headquartered in Mumbai. The international Infotech Park, Infinity Park and Everest Infotech Park are some of the IT parks situated in Mumbai that host various information technology companies such as WIPRO, HCL, Tech Mahindra, Oracle Financial Services: Software, etc.

Chennai
Chennai, capital of Tamil Nadu is the centre of almost 40 % of India’s automobile industry including international conglomerates. With third-highest GDP per capita in India, Chennai is ranked third largest economy and one of the cities in the list of smart cities that are to be developed. IT parks such as Cyber Vale, Tidel Park, Olypia Tech Park located at Chennai are promoted and operated by the government and private entities. Tidel Park when built was the largest in Asia and serves as a large office base to major software companies. The IT sector in Chennai is flourishing due to large talent pool with additional advantage of cost-effective R&D, sales and marketing operations functioning in the city.

National Capital Region- Delhi, Noida, Gurgaon
The National Capital Region, commonly known as NCR comprises of New Delhi, the national capital, Noida and Gurgaon. The NCR region consists of a number of Multinational corporations and software based companies. Delhi IT Park is a Software technology Park which is home to National Informatics Centre (NIC), Retail Bank Branches (RBS) and Genpact, a global management and services corporation. Noida is the fastest growing urban city of the country. The DLF IT Park offers best in class workspace and infrastructure making it one of the top modern cities of India. Gurgaon is one of the most prosperous cities in India with numerous Indian and international conglomerates most of which belong to the list of Fortune 500. The NCR region together serves as a complete industrial and technological hub with deemed education and research institutes and healthcare services. The three regions are well connected by transport buses and fast rail metro service.

Gandhinagar and Ahmedabad
Gandhinagar is the new capital of the state of Gujarat. The city is blooming with architectural land marks, repository of green parks and an industrial and IT hub. The information technology park of the city, Infocity is one of the fastest developing areas of Gandhinagar with numerous set-ups of IT companies. GIFT CITY, India’s first International Finance Tec-City which is under development, aims at providing world class business infrastructure, International education and techno park with international standard residential zones equipped with recreational zones for a high standard living. Gandhinagar is close to the financial capital of the state, Ahmedabad. The city is a manufacturing hub and home to some of the leading export and trading companies. With a 24×7 power supply, great roads, efficient water systems, Ahmedabad along with Gandhinagar is the technology thrust in the upcoming years as per The National Association of Software and Services Companies (NASSCOM), a trade association of Indian Information Technology and Business Process Outsourcing industry.

Kolkata
Kolkata is the capital of the state of West Bengal, a cultural and educational centre of East India. The city is a major commercial and financial centre of East and North East India. Information Technology in Kolkata has achieved high levels of growth, approximately 70% during the last decade. As a result, there was a rise in investments in infrastructure, retail and the real estate. The city’s IT parks- The Millennium city and DLF IT Park are home to offices of several global companies such as HCL, Wipro, IBM and TCS.

Thiruvananthapuram
Thiruvananthapuram, the capital of Kerala has its economy based on tertiary sector (services sector) but at the same time it is also a major export hub for the software industry. The city’s IT Park, called as Technopark is the largest technology park in India that promotes electronic and information technology. Various International companies such as Elxsi, Allians, Mc Kinsey including Indian majors Infosys, TCS, Tata have their offices in the park. The infrastructure and efficient labour invites investments from many International companies.

Many Tier –II cities that have been listed in 100 upcoming Smart Cities with large scale urban development, long-distance communication and improved air travel have IT sector as one of their important thrust sectors. The remarkable progress in the Indian economy due to the IT sector has resulted in education and infrastructure improvement which in turn invites valuable international investments.

tweet
share on Facebookshare on Twittershare on Pinterestshare on LinkedInshare on Redditshare on VKontakteshare on Email
Shanker DamodaranDecember 2, 2016