CEOWORLD magazine - Top Stories - CEO Insider - The Innovation Audit: are you breeding a culture that is creating or killing ideas? 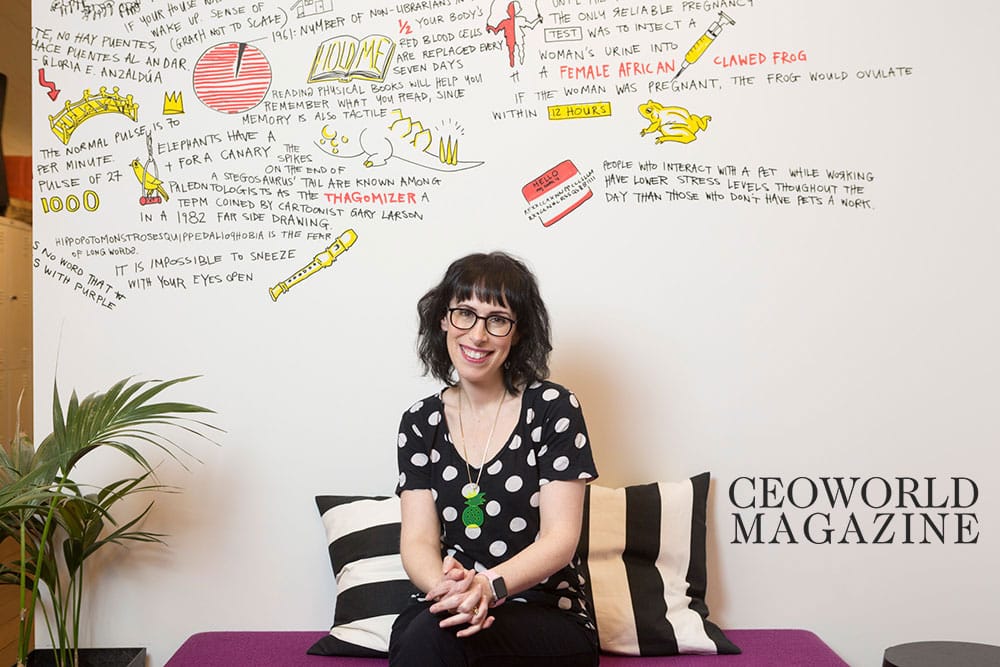 Many leaders who have been given the directive to ‘build a culture of innovation’ immediately think about the Googles and Apples of the world. Images of beanbags and table-tennis tables fill their minds. However, what we know from the research is that this is completely ineffective in creating a culture of innovation.

Meta-analyses into the topic of what creates a culture of innovation has highlighted 14 variables that matter and a simple Innovation Audit (as found in my book The Innovation Formula) can tell you how your organisation performs on each of those variables.

Here are three things you can do to create a thriving innovation culture.

Creativity is dramatically enhanced when employees are given the freedom to decide how they do their jobs. When people feel as if they have a choice in how things can be done they are significantly more likely to engage in trial and error and, through this, find more effective ways of doing things.

In an exploration of the impact of autonomy on innovation, Dr Carolyn Axtell and her colleagues examined 148 machine operators. Employees were asked how much control they felt they had over their role and how they approached tasks, as well as questions about their innovation efforts. The researchers found that autonomy had a significant impact on the number of ideas suggested by the machine operators—in that the more freedom the operator had, the more ideas and improvements they were likely to suggest to their team and manager.

The essence of continuous deployment is that it grants employees autonomy over their work. People have the freedom to fix things that need fixing, and make improvements where they see fit. Continuous deployment doesn’t require managerial approval, nor does it involve a manager simply telling an employee what to do.

Recognition has long been known to be an important driver of employee engagement, but it is also a very important factor in creating a culture where innovation thrives. Some companies hold innovation awards nights, including Coca-Cola Amatil, Intuit and Deloitte. The most successful innovators are giving an award in front of all their peers, which serves as excellent motivation for innovation.

Other companies opt for rewards in the form of cash. However, research suggests this may not be as effective.

In one experiment that explored the impact of cash rewards, participants were briefed on problems that customers had experienced with footwear. One group was presented with a large amount of information on the customer, while the other group only received limited data. Participants were then instructed to generate ideas for solving customer problems. In addition, one group was told there was a $50 reward for the best idea generated, while the other group was told the reward was a measly $1.

For the group with less customer knowledge, the $50 reward led to participants generating significantly more creative ideas than their $1 reward counterparts. However, financial rewards had the opposite effect for participants with a comprehensive knowledge of customer problems. The $50 reward group put forward solutions that were evaluated as being less innovative than those from the $1 reward group.

Having a large amount of knowledge (and thus a high level of skill) is a motivator in and of itself, and the financial reward actually gets in the way of this motivation.

Staff feeling like they have time to innovate is critical for creating an innovation culture – however, time is often a resource that is lacking in many organisations.

In 2012, LinkedIn put in place an initiative to help give people time to innovate—the [in]cubator program. The program invites staff to pitch their ideas to an executive team once a quarter. If accepted, the team behind the idea gets 30 days to work on their project and build a prototype. Progress is reviewed at the 30-day mark and if the project still shows promise, another 30 days is awarded. The 60-day mark is the final checkpoint, and teams that are still making good progress are awarded another 30 days. In addition, LinkedIn founder Reid Hoffman provides mentoring to teams along the way.

How Entrepreneurs Can Succeed at Work without Wrecking Their Marriage
With 594 Richest People, China Has Outdone America In The Number Of Billionaires, 2016
America’s Top 50 Most Environmentally-Responsible Colleges, 2016
A CEO’s Secret Weapon. Other CEOs.

CEOWORLD magazine - Top Stories - CEO Insider - The Innovation Audit: are you breeding a culture that is creating or killing ideas?

tweet
share on Facebookshare on Twittershare on Pinterestshare on LinkedInshare on Redditshare on VKontakteshare on Email
Dr. Amantha ImberOctober 17, 2016