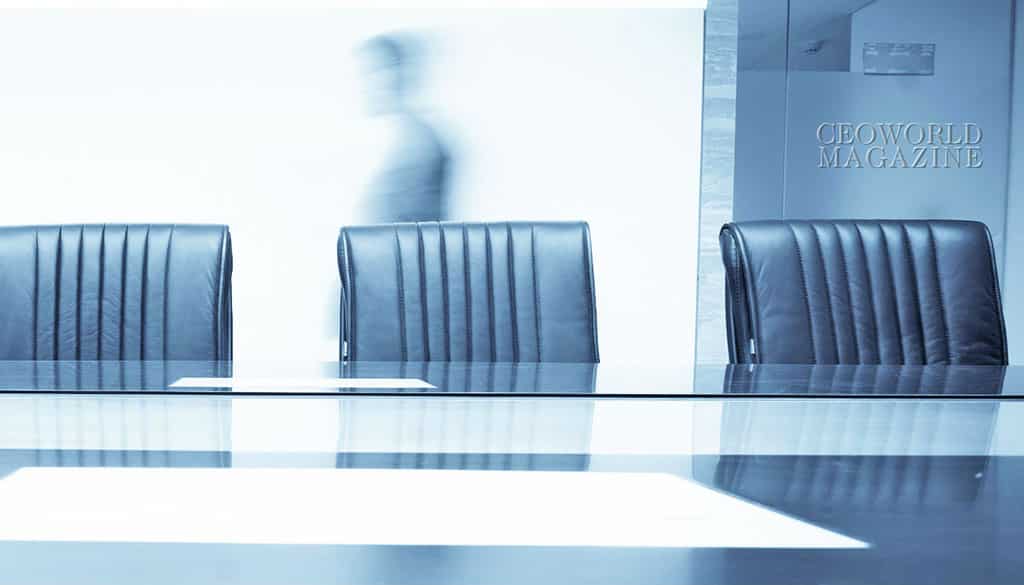 Since late last year, industry experts have explored the likelihood of an impending tech bubble.  By now, most have heard of the term “unicorn,” and not just in reference to the mythical single-horned beast.  In the technology and venture capital worlds, the “unicorn” label is given to a select group of start-up companies worth over $1 billion.  The problem is that at least some of these companies may not be as mythical as the name implies, and the means they used to reach unicorn status may not be financially sound.

The Wall Street journal reported that, due to “the pressure to join the unicorn club,” “startup founders [are] prioritizing valuation above deal terms ….”  That is, tech companies may be taking on significant debt on onerous terms and without the business model or cash flow to support it.  Moreover, according to an article in the Economist, tech companies’ valuations are rising at a slower pace, remaining stable, or declining in subsequent rounds of financing.  With each round of financing the terms may worsen, values may decline, and the ability to live from financing to financing may come to an end as the availability of cash dries up.

One company, Powa Technologies, a unicorn once valued at $2.7 billion, filed for bankruptcy a few months ago, and its assets were quickly sold.  As more unicorns stumble, there may be a ripple effect through the industry.  However, whether the technology industry will experience a bubble at the macro level or only re-corrections within segments of the industry, there will be winners and there will be losers.  Bankruptcy may be a method to salvage a profitable business or valuable intellectual property from crushing levels of debt.

Bankruptcy maintains the status quo.  The filing of a bankruptcy petition imposes an automatic stay of all debt collection efforts against the company or its property.  In certain cases, the automatic stay has even been extended to prevent the sale of shares in the debtor as necessary to preserve net operating losses that can be used to offset future gains of the reorganized company.

Bankruptcy permits the debtor to continue to operate its business as usual and creates a bright line between the pre-bankruptcy company and the post-filing debtor.  The debtor is authorized to pay any debts arising after the bankruptcy filing from the operation of its business.  Pre-bankruptcy claims, in contrast, are typically paid at the conclusion of the case in accordance with the Bankruptcy Code’s priority scheme and pursuant to a repayment plan, a contract, replacing the pre-bankruptcy payment terms.  Run-of-the-mill trade debt shares pro rata in the amounts available after payment of secured claims and priority claims, such as pre-bankruptcy wages.  In some jurisdictions, however, the debtor can obtain court approval to pay certain pre-bankruptcy claims, e.g., those held by “critical vendors” necessary to the reorganization effort.

Bankruptcy can reduce the amount of secured debt saddling a company.  In bankruptcy, a claim is “secured” based on the value of the collateral securing it.  For example, venture debt of $2 million secured by assets of $1 million constitutes a $1 million “secured” claim.  The balance is a general unsecured claim.  Under its chapter 11 plan, the debtor must make debt service payments to the secured creditor, but the payments are calculated based on a market rate of interest, and not necessarily the contract rate, and the reduced amount of the secured claim.  The savings to the debtor in debt service, interest, and secured principal could be significant.

A debtor can shed unprofitable contracts and reduce operating costs.  With one important exception discussed below, the debtor has the ability to assume (keep) beneficial agreements and reject others.  To be assumed or rejected, a contract must be considered “executory.”  This means that performance must remain on both sides of the contract such that either party’s failure to perform would constitute a material breach.  Contracts that are assumed become obligations of the bankruptcy estate.  Rejected contracts, on the other hand, are deemed breached by the debtor, but any resulting claim for damages is considered a pre-bankruptcy general unsecured claim.

The exception:  A company’s ability to assume contracts is not absolute.  To assume an executory contract – where both parties have performance obligations, a debtor must typically demonstrate that its decision to do so is supported by a legitimate business purpose.  This is a relatively easy standard to satisfy.  However, a debtor cannot assume an executory contract if applicable law precludes the assignment of such contract to a third party without the non-debtor counterparty’s consent.  This provision has been held to apply to nonexclusive patent licenses, which, as a result, cannot be assumed without obtaining the licensor’s consent.  Thus, depending on the jurisdiction, bankruptcy could actually strip a debtor of certain property rights.

Another important caveat in the intellectual property world:  A debtor does not have the unilateral ability to rid itself of licensing agreements.  If the debtor rejects an agreement where it is the “licensor of a right to intellectual property,” the licensee is faced with an election.  It can elect to either treat the agreement as rejected, which gives rise to a pre-petition claim for damages, or it may retain the rights under the contract for its duration provided it continues to make royalty payments.

A sale of the debtor’s assets in bankruptcy can maximize value by reducing risk for prospective buyers.  Regardless of the industry, many companies file for bankruptcy protection to accomplish the sale of their assets because buyers require it.  With court approval, the debtor can sell its property free and clear of any liens or other interests if certain statutory conditions are satisfied.

Buyers benefit from bankruptcy sales because they receive a Federal Court order that the sale is free and clear of liens, claims and interests.  The bankruptcy court’s order helps protect buyers from the debts of the seller.  For this reason alone, bankruptcy can maximize the value of assets in a distressed situation by helping to eliminate the risk of successor liability.  The debtor can also market its assets and run an orderly sale and auction process without the duress of simultaneously fending off efforts by creditors to collect from the assets to be sold.

The debtor can avoid, i.e., eliminate, unperfected liens.  The debtor possesses the rights of a judgment lien creditor as of the bankruptcy filing date, and any actual knowledge of the debtor of existing, but unperfected liens is irrelevant.  While the typical blanket lien includes intellectual property, filing a financing statement may not be enough to accomplish this.  In the Ninth Circuit, case law provides that security interests in copyrights and related accounts receivable must be recorded in the Copy Right Office.  If a creditor fails to perfect a lien as required by applicable law, the lien can be avoided in bankruptcy.

Bankruptcy Enables a Debtor to Restructure its Debt and, Potentially, its Ownership

Chapter 11 culminates with the court’s approval of the plan.  The debtor must pay secured claims in full with interest, but can do so over a reasonable period of time and, potentially, with significant savings as discussed above.  As a general rule, creditors holding unsecured debt must be paid more than they would receive if the debtor simply shut its doors and liquidated.  Depending on the value of the debtor’s property and the amount of secured debt, a debtor may be required to pay unsecured creditors only a small fraction of the amount owed.  Thus, a chapter 11 plan can enable a debtor to move forward with substantially reduced debt to be paid overtime.

Funding labeled as “debt” can be re-characterized as equity and subordinated.  Bankruptcy courts, as courts of equity, have the power to ignore the form of a transaction and give effect to the parties’ true intentions.  The key inquiry is whether the parties intended the advance in question to be repaid based on the success of the company or a concrete obligation payable at a definite time.  In addition, claims related to the purchase or sale of securities can be equitably subordinated to be paid, if at all, with equity.

Existing equity may be extinguished absent “new value.”  In a chapter 11 plan, unless general unsecured debt is paid in full, existing equity holders cannot retain their shares.  There is an exception:  Existing equity holders in the debtor may retain their interests in exchange for an infusion of a new investment at market valuations.  The opportunity to acquire equity in the reorganized debtor may not be given exclusively to the existing shareholders, but must be offered or available to third parties.  In some cases, an as an alternative to a “new value” plan, debtholders are willing to convert all or a portion of their financing to equity in the reorganized entity.

Bankruptcy cannot create a provable business model where none existed before.  However, for tech companies with unsustainable debt unrelated to the actual value of the company, bankruptcy can provide a practical readjustment that enables the company to survive, or at least to maximize the value of the intellectual property upon which the company is based.  Tech companies considering bankruptcy should consult with an attorney with expertise in the field as there are critical exceptions to many of the general rules in bankruptcy when intellectual property is involved.

If You Want to Lower Company Healthcare Costs, You Have to Put Employees’ Needs First
The Digital Distribution Transformation: What Companies Can Do to Digitize
World’s Top 10 Most Visited Countries By International Tourists In 2015
Protect your intellectual property with a patent

tweet
share on Facebookshare on Twittershare on Pinterestshare on LinkedInshare on Redditshare on VKontakteshare on Email
Robert S MarticelloMay 9, 2016

Robert Marticello is president of the California Bankruptcy Forum and is a partner of Smiley Wang Ekvall, LLP, a Southern California firm specializing in business litigation, real estate transactions, and bankruptcy and insolvency matters. He works with clients in a broad range of industries, including retail, real estate, non-profit, restaurant, and technology and has represented clients in multiple forums throughout the United States.
view all posts