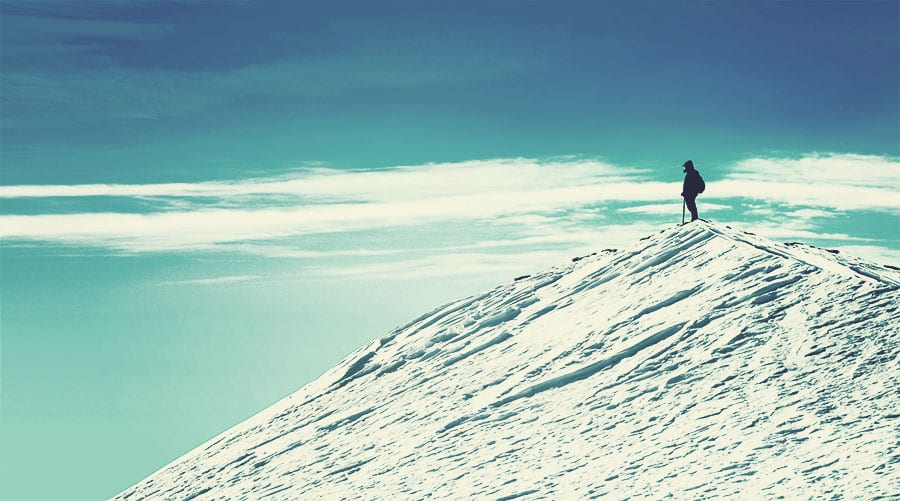 The first time you sat on a two-wheel bicycle with the training wheels off, you didn’t know how to ride it. You’d seen plenty of people riding bikes, and you probably had someone there to help you, but to learn how to ride that bike, you had to pretend that you already knew. It was a performance of sorts; you performed as a cyclist before you were a cyclist. And by doing so, you became a bicycle rider.

For most of us, that first cycling performance happened in childhood, and indeed, a lot of childhood learning takes place the same way — through the pretending and performing that made up so much of our play as kids. And as adults –– in the workplace and elsewhere –– when we’re asked to do something we’ve never done before, when we need to grow beyond our current capabilities, we can tap into what we naturally did as children, and perform our way to who we’re becoming.

But many of us are afraid of performing. Or we feel that it’s not truthful. Or that we’ll mess up. So we don’t, and that’s a shame, resulting in a huge waste of human potential. People stop growing and developing precisely because they no longer take part in this kind of play and performance. In environments that expect adults to do only what they already know how to do (as well as environments that demand that we do what we don’t know how to do and provide no way to learn it), we are not likely to take risks to perform as other than who we think we are. Instead, we tend to repeat our well-learned patterns and predictably play out the roles we have already learned and are comfortable with.

We get the message early: Color inside the lines; know the correct answer; understand how to behave and fit in!  And a lot of that’s pretty important—we need to learn how to safely cross the street, tie our shoes, calculate a tip, and about a billion other things. But this need to get it right eventually takes over. We learn what we need to in school and then at our jobs. There’s little support to create new performances. Getting it wrong, not knowing something, improvising, trying something new, are in most spheres of adulthood flat-out discouraged and usually disdained. We become expert at being who we are—as defined by ourselves and others—and in that box there’s not much room for development, growth, or testing out new waters.

But it doesn’t have to be that way.

The fact is, we can all grow and develop as adults. That is, we can reinitiate the kind of creative learning and development experiences and abilities we had as children — being who we are and who we’re becoming at the same time — and perform in new ways, do new things, and break out of the habitual scripts that hold us and our organizations back.

I call this The Becoming Principle, and to help you put it to work in creating some creative and improvisational new work performances, I’d like to introduce you to its Five Fundamentals of Performance. These fundamentals and a few introductory exercises will begin to shift your perspective and give you actionable to-do’s that will expand and improve your professional performances.

These are just a few of the kind of performance exercises that can help you to become who you are not….yet. So what will your new performances (of you) be? Who (and how) will you become?

The Digital Distribution Transformation: What Companies Can Do to Digitize
Protect your intellectual property with a patent
Top 10 Richest Sportsmen Aged 30 And Under In The United Kingdom, 2016
World’s Top 10 Most Visited Countries By International Tourists In 2015
Most Influential CEOs And Business Leaders To Follow On Twitter, 2016

Performance of a Lifetime is a consulting firm that uses the art and science of theatrical performance to help leaders, teams and organizations grow by focusing on the human side of business strategy. CEO Cathy Salit’s new book, Performance Breakthrough: A Radical Approach to Success at Work (Hachette Books) presents the theory and practical application of this approach to the general public for the first time. She argues that if we tap into our innate human capability to perform and pretend — to be both who we are and who we’re not at the same time (i.e., who are becoming) — we can accelerate and expand our learning and growth. Cathy’s book is available for sale now, wherever books are sold.

share on Facebookshare on Twittershare on Pinterestshare on LinkedInshare on Redditshare on VKontakteshare on Email
Cathy Rose SalitMay 5, 2016

Cathy Salit began her career as an upstart and risk-taker at the age of 13, when she dropped out of eighth grade and started an alternative school in an abandoned storefront in New York City. This unusual endeavor put Cathy on an uncharted life path, and she has dedicated her life to creating educational environments that challenge the status quo and offer innovative, high-impact learning and development experiences. She co-founded Performance of a Lifetime (POAL), a consulting firm that helps leaders, teams, and organizations to grow their business by focusing on the human side of strategy.
view all posts