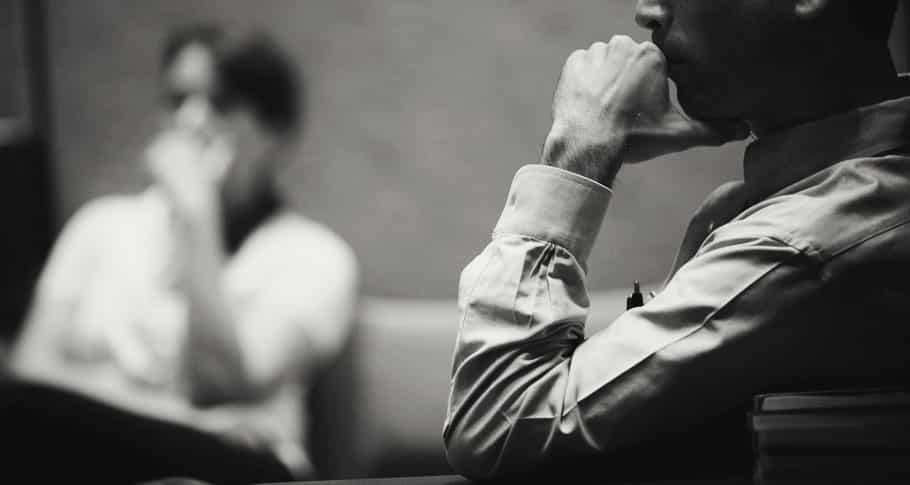 “You can’t do anything about the cost or quality of health care if you don’t know what’s happening,” Harris Rosen told me. He was casually dressed, sitting in an office he shares with a large Labrador retriever and a fluffy white poodle. For 40 years Rosen has sat at the same desk, surrounded by the same furnishings. Only the carpet has changed. As I watched the poodle chew a small hole in the floor, I wondered how long it would be before a third carpet would be in order.

Harris Rosen is the modest and unassuming president and founder of Rosen Hotels & Resorts in Orlando, Florida. His name has never appeared in Medical Economics, Modern Healthcare or in any other medical or health policy journal. Yet his company’s health plan has been the subject of personal visits by members of Congress, an Army Surgeon General and top executives from Disney World, to Whole Foods.

What’s so special about Rosen’s health plan, which I call Rosen Care? To begin with, the company’s health plan borders on the extravagant. It covers almost everything – even bariatric surgeryfor the obese. Out-of-pocket costs to Rosen’s 2,724 covered employees are minimal. The most they pay for a prescription, for example, is $30 and most of the time prescription drugs are free. Health care is also very accessible. Same-day appointments are available and transportation is free. Doctor visits are on company time, so no one loses pay.

Under the circumstances, you’d expect Rosen’s health care costs to be sky high. Instead, on a per capita basis they’re about 40 percent less than the national average – despite the fact that Rosen Hotel employees are generally older and in poorer health than the general population, have a higher percentage of at-risk pregnancies and include an above-average number of diabetics.

So how does he do it?

Knowledge. Kenneth Aldridge is in charge of the Rosen Hotels health plan and his most important task is to find out what’s happening.

Aldridge gets reports every Monday and Friday on whether employees are filling and refilling their prescriptions. If an employee misses an appointment for a doctor visit or a medical test, Aldridge knows the same day. The medical team knows within 24 hours the test results for employees with three high-risk chronic conditions: diabetes, hypertension and high cholesterol.

Speed. If a Rosen employee fails to fill or refill a prescription, a nurse or maybe even Aldridge himself is on the phone with the patient within a week to discuss the problem and find a solution. For high-risk patients, the contact will typically be the next day. If the problem persists, a nurse may visit the patient in the home. Health problems aren’t allowed to linger untreated.

Chronic illness is thought to account for about 75 percent of all U.S. health care spending and the main reason is patients who fail to comply with prescribed treatments. Nationally, about 25 percent to 30 percent of patients don’t fill new prescriptions, studies show; at Rosen, that figure is between 5 percent and 7 percent.

Rosen’s chronic care management efforts seem to pay off. By Rosen’s calculation their annual health cost per diabetic employee is about $4,500. Nationally, the figure is between $11,000 and$15,000.

Rosen employees sometimes take two or three busses just to get to work. So getting to a pharmacy or an offsite doctor may not be that easy.  To facilitate speedy care, Rosen Hotels has its own 12,000 sq. ft. medical facility – easily accessible from any of its seven Orlando hotels. The medical center provides on-site X-rays, ultrasound and laboratory services.

Since both the doctors and patients know that employees are getting paid for the time taken to get care, they also know that when patients are made to wait the company’s money is being wasted. By the same token, if appointments are missed and doctors are left waiting, that’s another waste of money.

Studies show that the no-show rate at doctors’ offices nationwide can be as high as 50 percent. That’s why many doctors overbook and waiting rooms are frequently crowded. At Rosen Hotels the no-show rate is 5.7 percent.

Rosen also applies the idea of quick service to its contracts with outside specialists. The company’s cardiologist and its orthopedic specialist provide Rosen employees with the equivalent of “urgent care” service – virtually eliminating the need for Rosen employees to use hospital emergency rooms.

Common sense. “You would be amazed at how much you can save by using a little common sense,” Rosen tells me. For example, Walmart sells customers a 90-day supply of a generic drug for $10.  So why aren’t employers asking themselves, “How can we get in on that deal?”

Rosen Hotels is in on the deal. They are believed to be the first employer to do a deal with Walmart covering all their employees. And because drugs are cheaper at Walmart than at most pharmacies, Rosen has a strong interest in steering its employees to Walmart’s pharmacies. In pursuit of that goal, they dropped the copay to zero for generic drugs when employees fill their prescriptions at Walmart. The incentive worked. Within three months, the percentage of Rosen’s employees filling their prescriptions at Walmart jumped from 7.6 percentto more than 50 percent.

This affects the bottom line. On average, U.S. employers saw drug costs rise by 5 percent to 7 percent in 2014. Rosen’s costs went down.

Quality care. The overall Rosen philosophy, Aldridge explains, is “to find doctors who are already practicing high-quality medicine in a conservative way and negotiate a good price in return for giving them all of our business.” Rosen applies this philosophy to its contracts with specialists, to outside lab work and even to cancer screenings.

Take mammograms. Instead of having female employees utilize dozens of facilities– all charging different prices – Rosen struck a deal with top-ranked Florida Hospital to provide on-site mammograms. Several times a month the hospital’s mammogram bus comes to the Rosen medical center and to the individual hotels to conduct screenings. The company pays about one-third the average retail price.

Everyone with the slightest interest in cost containment knows that keeping patients out of hospitals is more important than just about anything. For routine hospital stays, Rosen uses hospitalists who “quarterback” the entire episode and represent Rosen’s interest in quality care and cost control, rather than the interests of a hospital or provider. These efforts also seem to pay off. The average length of stay in the hospital is 3.4 days for Rosen employees, compared to 5.4 days for other patients in the same hospital Rosen typically uses.

Prenatal care is also a major focus, since half of the Rosen employee pregnancies are considered “at-risk” and a premature birth can cost an employer as much as a million dollars. Despite Rosen’s higher-risk employee population (i.e. generally low-income immigrants, many non-English speaking), only 3.6 percent of Rosen employees’ babies were delivered prematurely over the past five years, compared to a statewide Florida average of 13.6 percent.

Since I have been a longtime critic of managed care in other settings, I naturally wanted to know if patient care ever gets slighted in order to save the employer money. I saw no evidence of that. In fact, Rosen seems to go to great lengths to obtain high quality care – even paying for medical travel. For example, they sent a two-year-old who needed a bone marrow transplant to a children’s hospital in Boston. They have sent other employees to the Mayo Clinic and to centers of excellence in other Florida cities.

Wellness. Many features of the Rosen health plan are far from libertarian. You can’t work for Rosen Hotels if you smoke. They have random drug testing to make sure there is no nicotine in your blood. They also test for illegal drugs and even excess alcohol. Employees are asked to submit to a blood test and a physical exam at the time of employment. The health plan is basically structured like an HMO. Other than emergencies, if you go out of network the plan pays nothing.

There is also a lot of “nudging” going on. If an employee is excessively overweight, Aldridge might discuss the availability of free dietetic counseling and a free gym. The employee lunch room, with its subsidized meals, serves “healthy portions” and generally avoids “unhealthy foods.” Think of this as a kind of health oriented paternalism.

Health care is Rosen’s other business. By their own accounting, Rosen Hotels spent $7,384 per employee on health care in 2012.  Employers nationally spent $15,745 according to the Kaiser Family Foundation. What accounts for that difference? There are so many things going on here, it’s not an easy question to answer. If you ask the folks at Rosen, they’ll start by telling you about a culture of health.

I suspect that 90 percent of the answer lies in the fact that Rosen Hotels treats health care as a business. Rosen and Aldridge are smart buyers and managers of care. They are way ahead of almost everyone else in corporate America.

What Rosen does is obviously doable – in a company with fewer than 3,000 employees, in a reasonably concentrated geographic area. Can other employers do the same? I don’t know.  But if they find time to get to Orlando, Harris Rosen will give them an earful of his thoughts.

The last time I saw Rosen he was in the parking lot – in an unreserved space, of course – getting into an old Nissan Maxima, with 96,000 miles on it. The car looked like it hadn’t been washed in a while.

But that’s OK. We need Harris Rosen’s mind to stay focused on health care. Not on washing his car.

tweet
share on Facebookshare on Twittershare on Pinterestshare on LinkedInshare on Redditshare on VKontakteshare on Email
Featured columnistsApril 15, 2016