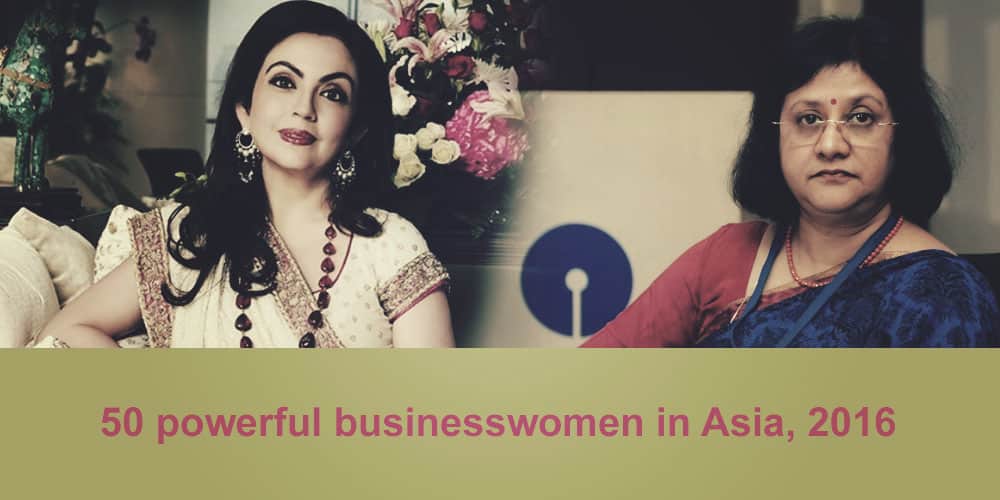 Nita Ambani, director on the board of Reliance Industries and founder-chairperson, Reliance Foundation has topped the Forbes list of the 50 most powerful businesswomen in Asia, 2016. Nita Ambani is joined by the State Bank of India Chairman and Managing Director Arundhati Bhattacharya comes in at second spot.

China and Hong Kong dominate with 14 women, followed by India with 8, Thailand with 5, and Japan with 4.

Singapore, Australia, Indonesia, and Vietnam each have 3, while South Korea and the Philippines each have two. Macau, Taiwan, and New Zealand have one each

The Power Businesswomen ranking 2016 acknowledges the inroads women are making in the business world, in spite of gender inequalities. To qualify, magazien said women have to be active in the upper echelons of business in Asia, wield significant power, and have access to robust financial resources.

Here’s the complete list of the 50 most powerful businesswomen in Asia, 2016: