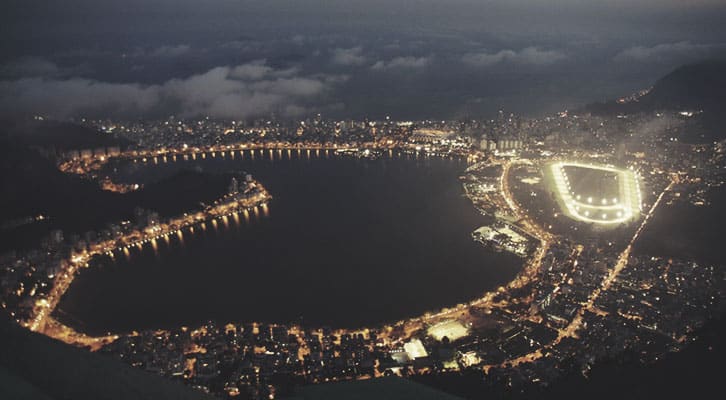 The oil price slump has affected one way or another the economic growth of many countries, most especially the oil-producing ones. Coupled with the confluence of other factors, it has resulted in uncertainties and belt-tightening measures among key industries linked to oil production.

The scene is no different in Brazil, Latin America’s third largest oil producer, with industry experts forecasting a mixed effect on the nation’s economy.   Brazil exports only 20 per cent of its total oil production, while the rest of the output is used for internal consumption. State-run oil company Petrobas subsidizes energy use in the country. Although relief for consumers is unlikely, the declining oil prices should ease government spending pressure as the size of the subsidy decreases. Furthermore, Petrobas recorded a trade surplus of 83,000 barrels per day in 2015 despite reeling from weak oil price effects, prompting many to project a positive outlook in terms of the company maintaining its position as a net oil exporter.

One can still find a silver lining in the midst of these numerous challenges facing the current market. We still see many windows of growth in other domestic sectors. In exports, for instance, Arab countries remain an attractive market for Brazilian companies across industries.  The robust outbound trade between the Arab World and the South American country demonstrates not only a rising demand for Brazilian products but also flourishing bilateral relations between the two sides.

In 2015, the value of machinery exported to Arab states decreased by 3,80 per cent to reach USD 267.79 million compared with USD 278.38 million in 2014.  Exported construction items remained stable at USD 50,67 million last year.  Egypt led the top three importers of Brazilian machinery at USD 76.56 million, followed by the Kingdom of Saudi Arabia at USD 60.64 million and the UAE at USD 56.637 million.

The vibrant outbound trade can clearly help sustain, if not boost, the profitability of several Brazilian exporting companies. Brazil aims to further increase its export volume to this fundamental market to revitalize its economy. Thus, the importance of reinforcing further the bilateral ties between the region and Brazil can never be overemphasized. At our end, the Arab-Brazilian Chamber of Commerce has been instrumental in providing a platform for both Arab and Brazilian traders to connect and interact through business meets, conferences, and exhibitions.

Local tourism is another bright spot. The upcoming Olympic and Paralympic Games in 2016 in Rio de Janeiro are expected to drive tourism to new heights. The Brazilian Tourism Institute (EMBRATUR) is confident of over half a million foreign arrivals to the country to watch the Rio 2016 Olympic Games in August alone. Athletes, officials, sponsors and journalists from the 204 competing countries and large numbers of local tourists are expected to show up for the South American state’s first-ever Olympic hosting.

The country’s 2014 international tourist arrivals reached 6.4 million, representing an increase of 10.6 per cent over 2013. This was the year when the 20th FIFA World Cup was held. According to reports, the country registered 1.08 million tourist arrivals between June and July when the football competition was held. The Brazilian Central Bank reported that tourists spent USD 1.586 billion during those two months.

We are confident that these figures can be surpassed this year, with the Olympic and Paralympic Games coming. In fact, the Brazilian Government is looking to suspend the visa obligation between Brazil and the United States, the second main source of tourists in 2014, to increase the number of visitors in 2016.

These positive developments in exports and tourism are a huge boon for the Brazilian economy. They will help drive growth despite the effects of fluctuating global oil prices. At the end of the day, it is imperative to capitalize on the potentials of these two sectors and achieve more development in spite of the current market conditions.

share on Facebookshare on Twittershare on Pinterestshare on LinkedInshare on Redditshare on VKontakteshare on Email
Featured columnistsMarch 31, 2016