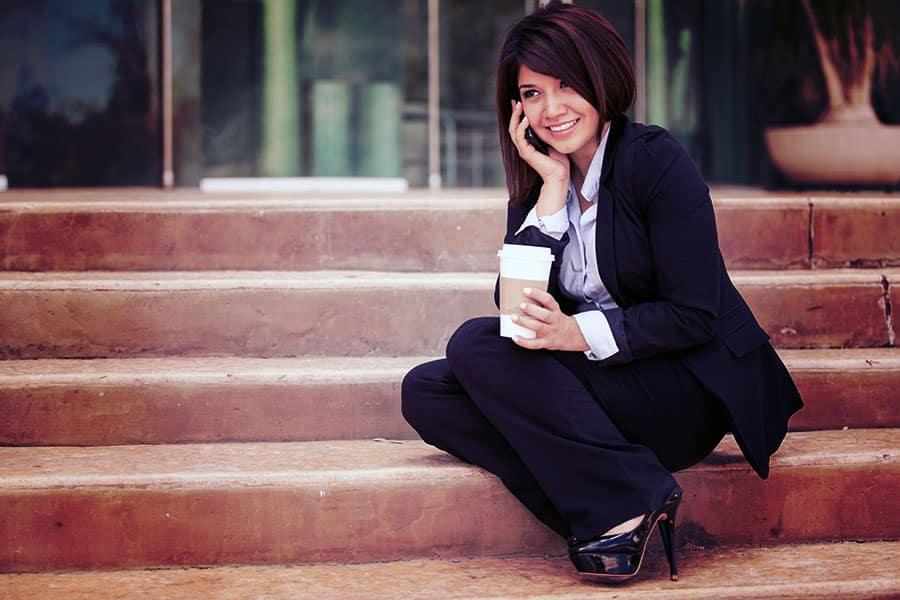 In our fast-paced, modern, high-tech world, there has been quite of bit of news, business talk and web page and social media chatter going on about the success of female managers in businesses.

What are some of the reasons why women are able to step into managerial shoes and make them fit?

This is a hot topic for those of us who have grown up as part of the baby-boomers generation, where traditionally men dominated the top spots in nearly every organization. Male and female stereotypes have taken decades to break down and although obstacles are still being removed in many companies, progress has been slow. A recent study of CEO’s showed that even though women are being paid more, out of 340 CEO’s, only 17 of them were women.

Over the last few decades women have progressively worked their way up the career ladder and many are reaching upper management and top ceo positions. However there is still work to be done to close the gap that still exists between men and women to equalize jobs. Statistics show that although women run 30 percent of the world’s businesses, they only operate five percent of the largest ones.

A June, 2015 article in Understanding Entrepreneurs addresses the issues of the need to raise female aspirations and promote equality in businesses.

A recent British government investigation (The Burnt Report) on women in enterprise found that women are one third less likely than men to start a business and only 1 in 5 small businesses are owned by women.

Fortunately most young millennials today appear to be generally open-minded about promoting women within organizations, as long as they meet the qualifications of the job. A Harvard Business Review article provides some interesting feedback on the views of young professionals toward women in the workplace.

Forward thinking company leaders and especially male CEO’s should be aware of the reasons why women make good managers, and provide growth opportunities for the women on their payroll. It is important to keep the ball rolling by giving women opportunities to showcase their talents. Women need to be able see their own career potential by being provided opportunities at their company, and be encouraged to step into those positions. Executives need to be mapping their company’s future by including women at the top levels because women are slowly advancing across the board in every aspect of the business world. They are performing well and often earning top positions at many companies and the trend will only grow.

Women are making incredible strides in leadership roles throughout the world and are earning some of the highest paid rankings in business. There are many capable professional women in the world today who are succeeding in a big way. These and many others are an inspiration for the next generation to keep achieving and gaining ground.

A Gallup “State of the Manager Report” this year measured levels of employee engagement, and women were found to consistently outrank male managers in several areas. The report was a study of 2.5 million manager led teams in 195 countries. The results concluded that women rated higher than men in how they engaged employees, encouraged development, provided regular feedback, and recognized employee achievement.

In my experience many women possess common traits that make them especially good at managerial and other leadership roles.

Women who are leaders and good at management are usually those who have a good set of personal traits that they have developed from a lifetime experiences.

According to a new survey at Pew Research Center, citizens in the US generally think of women as being fairly equal to men for key leadership traits like intelligence, and most importantly, many rate women much higher than men for their capacity for things like being organized and compassionate.

Let’s take a closer look at the five qualities that most women have.

Women make good managers because they can be especially good at understanding their employees. Women often use their intuition when they are assessing other people, so they pay close attention to things like work atmosphere and company culture.

Traditionally in our society, even before women entered the workforce decades ago, they supported the household as wives and homemakers. Homemaker skills have been passed on from generation to generation, and women are still viewed as supportive and people pleasers.

Author Harriet Braiker, Ph.D., wrote in her book,  “The Type E Woman: How to Overcome the Stress of Being Everything to Everybody,” women are conditioned to put others’ needs ahead of their own.” Many women excel in being patient and understanding. The fact that some women are mothers and have raised children, gives them additional insight into dealing well with others.

Many women are often excellent communicators, both in person and in writing. In fact recent studies show that women tend to be better communicators than men. Women learn to communicate well and often from the time they are young.  And even though women are excelling at communication in the workplace, and are often better at improving business performance, on average, men still hold more top level jobs than women.

Much has been written lately about evidence that points toward women as better at doing more than one thing at a time. Evidence appears to be in favor of women who are often capable of carrying out multiple tasks with speed and efficiency in the workplace.  A recent article in Huffington Post supports the idea.

Women are often good at multitasking because they have spent years developing good leadership qualities due to their association in public groups or through the experience of maintaining a home and raising children. And many women today are able to successfully juggle the demands of balancing a work life and a family life and the ability to handle everything that is thrown at them naturally spills over into the ability to handle heavy work loads. A recent study published on the BBC News website said a report in BMC Psychology found that women outperformed men at multi-tasking, and the issue continues to be debated around the world.

Being supportive is an ability that most women are naturally good at. In the whole process of growing up in today’s society, no matter how old a woman is, it is very likely she has had countless lessons in how to take care of others by the time she graduates high school and college. Whether it was taking care of siblings, parents, a husband, or continuing to care for elderly parents, many women assume a caretaking role at some point in their life. This strong ability to be supportive gives her an advantage in managing people because of the ability to develop a high emotional IQ, and makes her more likely to reward people who do their jobs well.

Creativity is an area that many women also excel at. Recent research supports the idea that women tend to cooperate better and are more creative in small working groups. Both collaboration and cooperation have been measurably increased when women are present, the study said.

There are countless ways for women to explore their own creativity, whether it is through things like hobbies, home decorating, event planning, or any other venue, women do it well. A creative person has the ability to come up with new ways of seeing things and new ways of doing things, with great ease. A woman who has been creative in other aspects of her life can use it as an advantage on her career path.

By Karen Bresnahan.
—————-
Karen Bresnahan is a professional writer, photographer and artist from Boise, Idaho. She has a BS Degree in Communications from the University of Idaho and is the mother of three grown children. Her past experience includes feature writing and photography for the Valley News in Meridian, ID, and the Owyhee Avalanche in Homedale, ID. She is a small business owner and is currently working on developing a web portfolio of her creative work, which includes Romantic Idaho Weddings, KBLifelines Positive Quotes, and Idaho Naturals Desertscapes original artwork. Karen enjoys writing stories that feature interesting people and human interest topics.  Her goal is to motivate, educate and inspire others through her writing and photography. Her top interests are the outdoors,health and fitness, travel, art, photography, technology, science, psychology, spirituality, education, history and business.

share on Facebookshare on Twittershare on Pinterestshare on LinkedInshare on Redditshare on VKontakteshare on Email
Karen BresnahanJuly 20, 2015

Karen Bresnahan is a professional writer, photographer and artist from Boise, Idaho. She has a Bachelor’s degree in Communications and Photography from the University of Idaho and owns Idaho Naturals Desertscapes, KB Lifelines Positive Quotes, and Romantic Idaho Weddings. She enjoys writing about health and fitness, motivation, positive relationships and parenting.
view all posts