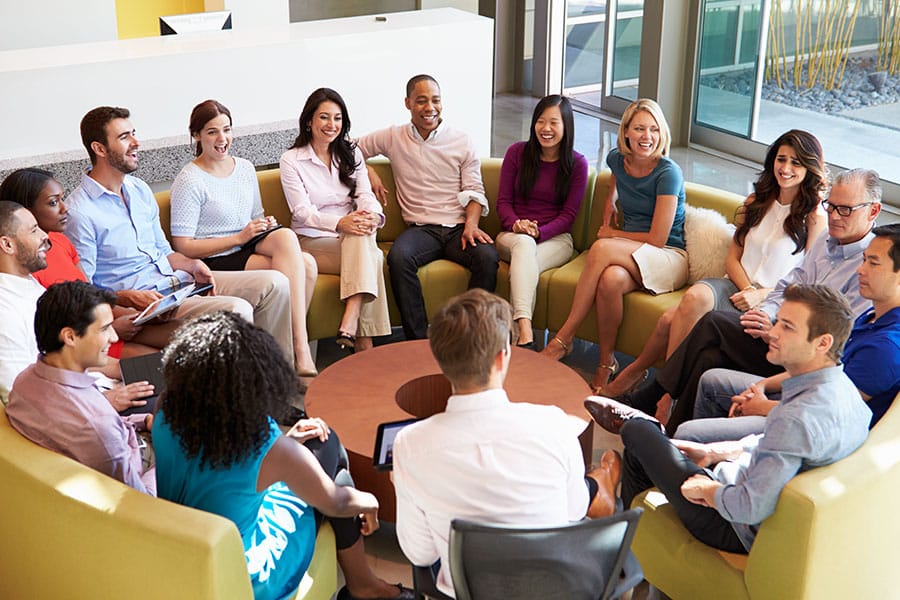 In the 1990s, when Bill Clinton’s affairs were fresh news and the future of Rachel and Ross’s relationship was still uncertain, Microsoft created and maintained what was heeded to be a revolutionary electronic encyclopedia called Encarta. I remember those old CDs from the days when I was a kid, writing my first homework assignments on our old computer running Windows 95, and listening to its incredibly cacophonous fan spin off-kilter. It was the coolest thing I could imagine–all the world’s knowledge at my fingertips, being read off of compact disc.

What I didn’t know at the time was that Encarta was doomed to fail. For all of the expert project management allocated toward this project, the boatloads of money procured to hire writers and editors, and even the ability to achieve maximum distribution via popularization of the internet, Encarta could not stand up to what would become the monolithic Wikipedia.

In conventional terms of economy, this is odd. How is it that Wikipedia, a completely free-to-use and basically built-for-free encylopedia could beat out the most well-funded digital archival of knowledge at the time? It comes down to two things: intrinsic motivation and the mindset of ‘The Millennial’.

So who this “Millennial” I speak of?

The Millennial generation, aka Generation Y, are those born between the 1980s and the year 2000. We watched the rise of instant global connections via the internet and plenty of us remember getting AOL free-trial CDs in the mail. Our views of the world have been shaped by misbegotten conflicts in the Middle East and the Great Recession, causing us to be cautiously optimistic in the face of authority and convention. We as a generation are also putting off the traditional home-buying triggers of having kids or getting married, and as of 2012 a record-breaking 36% of us between the ages of 18 to 31 still lived at home.

This may be caused by a fear most Baby Boomers and Gen X’ers don’t traditionally share, that of debt and of credit–which is understandable when you realize that we’re the most indebted and educated generation, with 1 in 5 of us having graduated college. Yet, according to Northeastern University, 39% of employers around the world believe that graduates lack the right skills for even entry-level jobs. 55% of graduates share this opinion.

All of these unique traits create an interesting profile, nurturing an interesting cohesive duality of individualism and global community. So what does this mean for the future of business?

Millennials want to change the world

Just as the crowd-sourced Wikipedia beat out the traditionally funded Encarta, the Millennial mindset and culture is slowly defying and changing the way that we think about the world, and especially the world of business. In fact, companies have found that, where only 10 years ago multi-platform marketing would have been wasted on an older demographic, currently those 55 and up are the fastest growing group of multi-platform users. Late-adopting Gen-X and Baby Boomers are being forced to catch up with this innovative global generation.

Additionally, while older conservatives have traditionally denied global warming, the younger Millennials have grown up witnessing climate change firsthand. Many of us view the earth and its environment as discarded collateral from old industrial ventures focused on profit instead of sustainability, leaving us asking why we’ve been left a damaged world with a waning bounty, and prodding more and more businesses to adopt green practices at the office.

This shift in ideology, where values stray from the economically driven bottom-line to more intrinsically personal values, is both more prevalent and more important than previously thought. We members of Generation Y are driven not by external incentives, but rather by strong company cultures that mirror our own personal ideologies. Some would even credit search-engine giant Google’s growth and popularity to its unique company culture, the subject of the Vince Vaughn and Owen Wilson film The Internship.

And let’s not forget the “I-don’t-know-if-it-failed-or-succeeded” Occupy movements that began in 2011, a the Millennial cry for some kind of change–the kind that perhaps we were all expecting after the election in 2008 but never fully manifested itself.

Clearly we are a generation that wants to fulfill ourselves beyond a steady job, a house, and kids. We are an intrinsically motivated bunch.

When Microsoft shut down Encarta for good in 2009, they were one of the first businesses to realize that the traditional model of extrinsic motivation by external incentive may not be the most effective way to go about things. While Wikipedia still has a long way to go, it has learned to utilize the value of intrinsic motivation by calling upon those with specific interests to lend themselves to a global project–for free. What these people seek to gain is a sense of pride and accomplishment, a sense of being a part of something larger and more important than just themselves (in this case, arguably the world’s largest and most translated encyclopedia of knowledge).

During a TED talk dealing with many of the topics in his book Drive, Daniel Pink outlines the three main things that businesses will have to provide in order to cultivate intrinsic motivation in your best employees and garner the most out of them.
●    Autonomy
●    Mastery
●    Purpose

What does this mean for the future of business?

When you view Pink’s three points in light of the characteristics outlined above, you have the perfect recipe for what the most successful future businesses will look like. They will be global, and utilize the power of people. These ventures may provide return in the form of entertainment, much like MIT’s crowdsourced EyeWire, but will invariably give workers the opportunity to be part of something greater than a faceless, corporate machine that makes money. These businesses will be progressive and will push the boundaries of conventional structure, and may even be lauded as crazy and potentially out of touch with current reality–I mean, nobody in 1990 could have ever predicted that Wikipedia would have succeeded in the way that it has.

The bright side is that all of these indicators point toward a better tomorrow. The future of the modern business is chock-full of motivated individuals working on global issues together, calling on innovation in and outside of the workplace to further their goals. These business will sate the appetite of the restless Millennial, and provide purpose and well-being for individuals that have seen quite the opposite during their short time in the workforce.

The question is: will your business be one?
…
Written by Jessica Keaton.

Jessica is a communications specialist at HyperTargeting Marketing, a provider of lead generation and marketing services. She enjoys trying new restaurants, being outdoors and in the sunshine, and walking her pets.

tweet
share on Facebookshare on Twittershare on Pinterestshare on LinkedInshare on Redditshare on VKontakteshare on Email
Featured columnistsJune 16, 2015