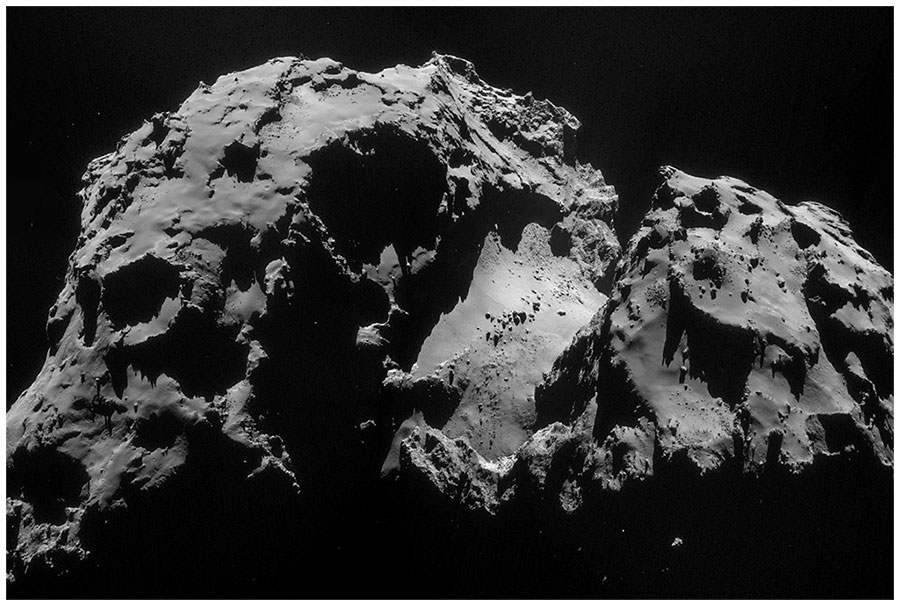 The European Space Agency’s Rosetta mission tops the list of the 10 most important scientific breakthrough of 2014 by the Science magazine and the American Association for the Advancement of Science (AAAS).

“It was a genuine first in planetary science, and that doesn’t happen very often,” says Science’s deputy news editor Robert Coontz, who is responsible for putting together the breakthroughs of the year feature. “This is the first time anybody’s landed on a comet.”

Launched in March, 2004, by the European Space Agency (ESA), Rosetta and its lander module, known as Philae, garnered a huge amount of excitement last month when the spacecraft touched down on the surface of the Comet known as 67P/Churyumov-Gerasimenko.

This year’s runners-up, which are not ranked in any particular order, include:

The Dinosaur-Bird Transition: A series of papers that compared the fossils of early birds and dinosaurs to modern birds revealed how certain dinosaur lineages developed small, lightweight body plans, allowing them to evolve into many types of birds about 66 million years ago.

Young Blood Fixes Old: Researchers demonstrated that blood from a young mouse can rejuvenate the muscles and brains of older mice.

Getting Robots to Cooperate: New software and interactive robots that prove that robots can work together without any human supervision after all.

Neuromorphic Chips: Computer engineers at IBM and elsewhere rolled out the first large-scale “neuromorphic” chips this year designed to process information in ways that are more akin to living brains.

Indonesian Cave Art: Researchers realized that hand stencils and animal paintings in a cave in Indonesia, once thought to be 10,000 years old, were actually between 35,000 and 40,000 years old.

CubeSats: Although they have been blasted into space for more than a decade now, cheap satellites with sides that are just 10 cm squared called CubeSats really took off in 2014.

Expanding the Genetic Alphabet: Researchers have engineered E. coli that harbours two additional nucleotides that make up the standard building blocks of DNA.

tweet
share on Facebookshare on Twittershare on Pinterestshare on LinkedInshare on Redditshare on VKontakteshare on Email
Prof. Dr. Amarendra Bhushan DhirajDecember 19, 2014