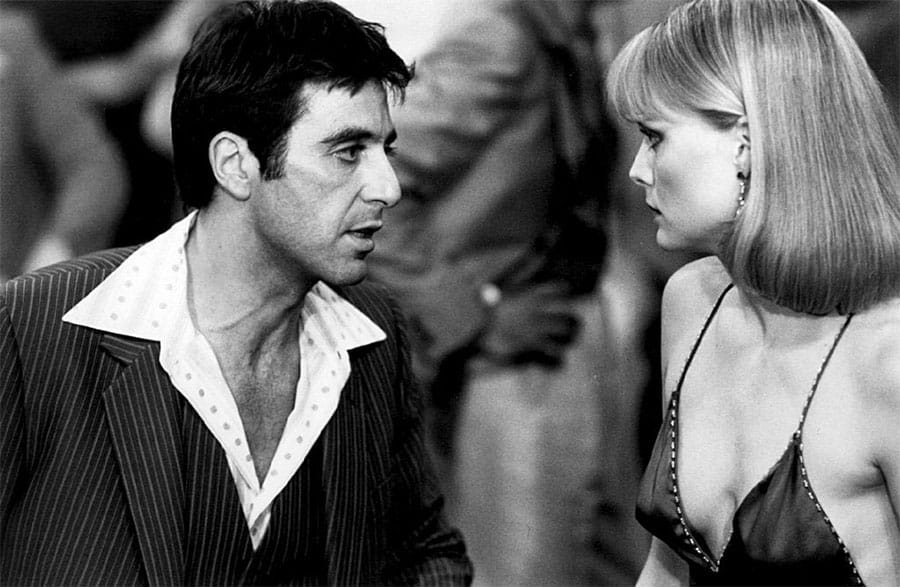 Buzz Lightyear’s famous catchprase “To infinity… and beyond!” has been voted the greatest quote in movie histroy, in a Radio Times poll of 2,500 film fans, quotes from The Italian Job and Scarface came a close second and third.

However there were some notable absentees, such as Arnold Schwarzenegger’s iconic “I’ll be back” from Terminator and Sean Connery’s immortalised introduction of “Bond, James Bond.”

A poll of the most memorable cinematic one liners saw the quote said by a toy astronaut in Disney’s 1995 film Toy Story come out top by just 1 vote.

This narrow margin gave it victory over Michael Caine’s line, ‘You were only supposed to blow the bloody doors off’ from 1969’s The Italian Job.  Third place went to ‘Say hello to my little friend’, by Al Pacino in 1983’s the violent gangster epic Scarface.

2. “You’re only supposed to blow the bloody doors off!” – Charlie Croker/Michael Caine in The Italian Job (1969)

10. “We want the finest wines available to humanity. We want them here, and we want them now!” – Withnail/Richard E Grant in Withnail & I (1987)

The Radio Times vote is sure to split opinion, with only 10 film quotes chosen from an original shortlist of 50 and many favourites not included in the process at all.

Quotes that were chosen by the magazine to go to the public vote, but failed to attract enough support to make it into the final ten, include: ‘May the Force be with you’ from Star Wars and ‘Here’s looking at you, kid’ from Casablanca.

8. “Get busy living, or get busy dying.” – Andy Dufresne/Tim Robbins in The Shawshank Redemption (1994)

14. “I ate his liver with some fava beans and a nice chianti.” – Hannibal Lecter/Anthony Hopkins in The Silence of the Lambs (1991)

28. “In Switzerland they had brotherly love – and 500 years of democracy and peace, and what did that produce? The cuckoo clock.” – Harry Lime/Orson Welles in The Third Man (1949)

50. “You’re only supposed to blow the bloody doors off!” – Charlie Croker/Michael Caine in The Italian Job (1969)

1. Top 20 Most Recognizable Songs Of All Time
2. List Of World’s Top 20 Universities That Produced The Maximum Number Of Billionaires
3. Greek islands Ranked Among The World’s Best Island Destination By Travel Magazine
4. Why Palawan In The Philippines Should Be the Next Island You Visit?
5. Looking To Vacation On The Best Island In The World: Top 30 Top Islands List 2014?

tweet
share on Facebookshare on Twittershare on Pinterestshare on LinkedInshare on Redditshare on VKontakteshare on Email
Prof. Dr. Amarendra Bhushan DhirajNovember 4, 2014