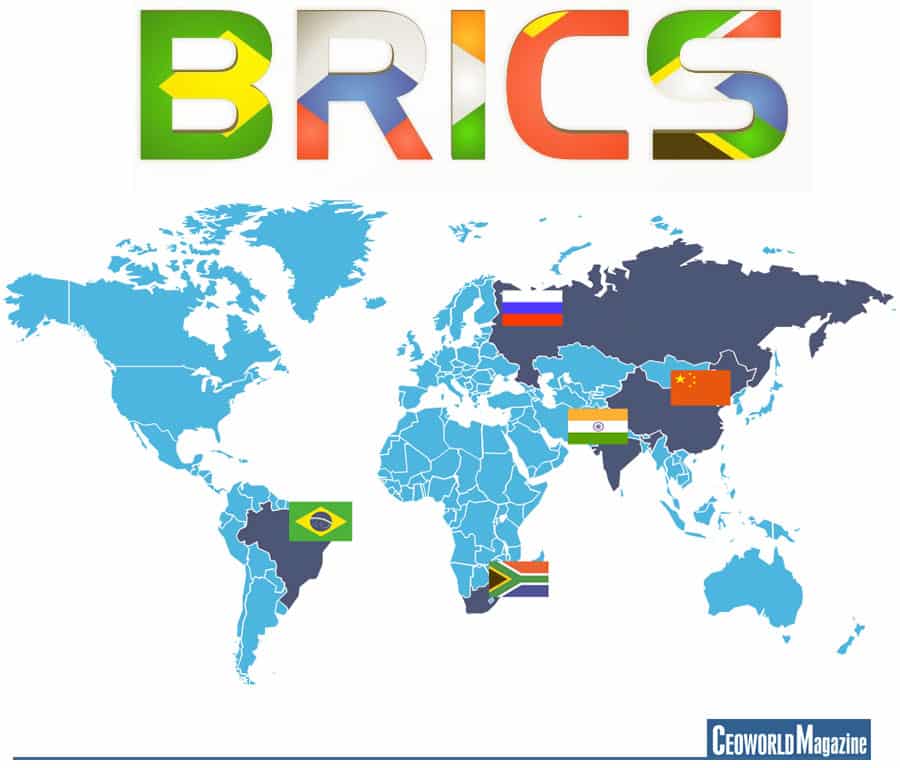 He grouped together Brazil, Russia, India, and China as the world’s emerging economic powerhouses.

The original acronym “BRICs” became an association of emerging market economies, and in 2011, the club expanded.

And the most conspicuous groups of rising powers now includes South Africa, the acronym was extended with an additional capital letter, to become BRICS.

Since then, many investors, trade experts, analysts, and economists made serious attempts to classify economic and financial spheres (emerging economies) — conveniently grouping together emerging market economies.

The number of acronyms for major emerging market economies has exploded. Acronyms have long been a favourite of  Pundits, policy wonks, and policymakers.

Here is a list of some of the most popular catchy acronyms for emerging market economies:

BRICS
Countries: Brazil, Russia, India, China, and South Africa
Unlike other acronyms, the BRICS is an actual club of 5 major emerging nations.

PIIGS or PIGS or PIIGGS , does not refer to emerging market economies, but to what were the eurozone’s weakest and most debt-laden southern economies at the height of the European sovereign-debt crisis. Widely considered derogatory.
Countries: Portugal, Italy, Ireland, Greece, and Spain
Invented by: Unknown. Barclays Capital analysts were banned from using the term in 2010.