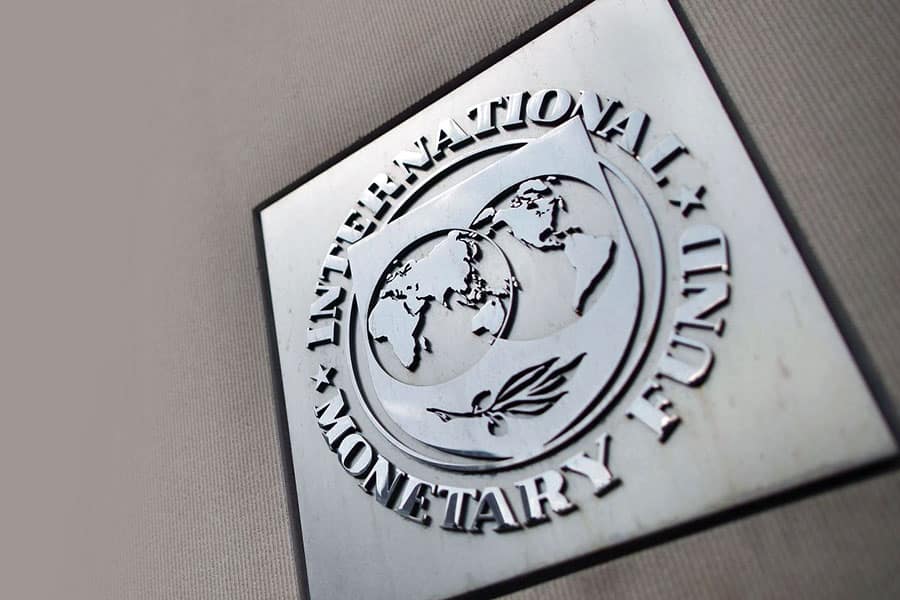 It includes China, India, Russia, Brazil, Indonesia, Turkey, and Mexico, Gavin Jackson and Keith Fray at the Financial Times flagged up the change.

At market exchange rates, the US economy is worth $17, 4 tn and the Chinese $10.4 tn.  With an adjustment for relative prices, Chinese economy moves up to first place, with a GDP of $17.6 trillion. 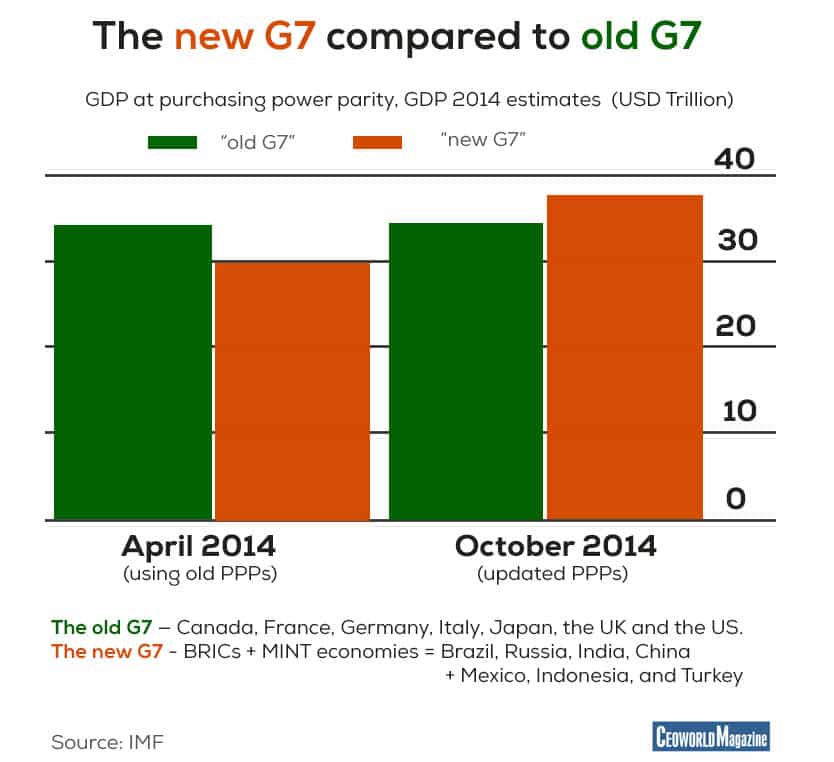 The New Big Seven or new G7, comprising the 4 BRICs economies (Brazil, Russia, India, and China) and three of the so-called MINT economies (Mexico, Indonesia, and Turkey) – has a combined GDP of $37.8 trillion (at purchasing power parity) compared to $34.5 trillion  for the old G7 (Germany, Italy, France,  Japan, Canada, the United Kingdom and the United Stares). 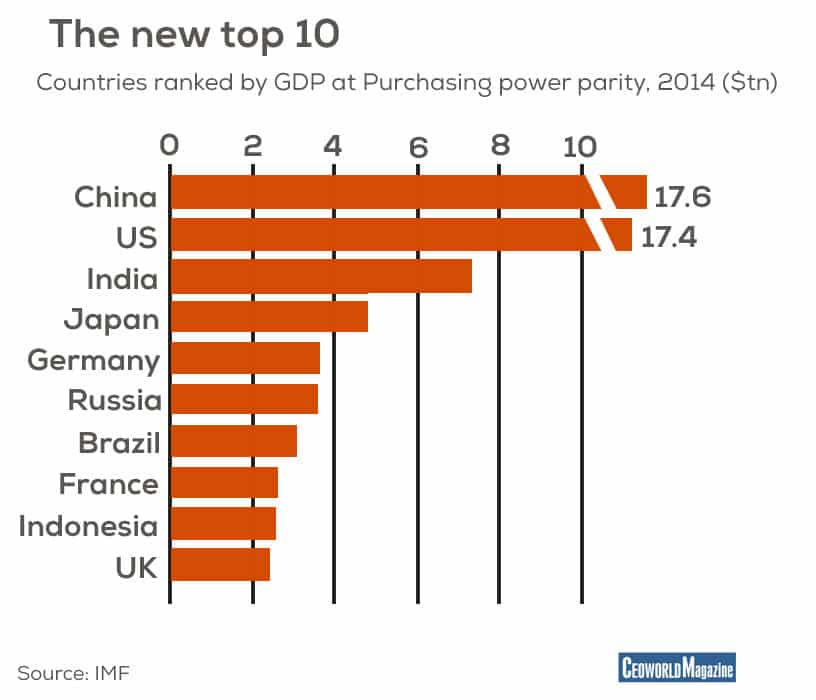 Why the importance to purchasing power parity (PPP)?

A shirt will cost you less in Shanghai or Mumbai than in New York or London, so it’s not entirely reasonable to compare countries without taking this into account.  Basically, the method used by the IMF adjusts for purchasing power parity, explained here.

As we’ve become accustomed to a global financial system in which the United States has had by far the biggest influence. But this is changing..

The International Monetary Fund (IMF) has said India has recovered from the economic slowdown. The IMF projected slightly stronger growth in India in 2014 than its April Outlook projection — from 5.4% to 5.6% — and kept its 2015 projection unchanged at 6.4%.

The IMF’s China 2014 growth forecast remains unchanged at 7.4 per cent. The 2015 forecast too remains at the April level of 7.1 per cent.

“India has recovered from the slump thanks to policy decisions and renewed confidence,” Olivier Blanchard, IMF Chief Economist, said at a press conference on the Outlook’s release.

tweet
share on Facebookshare on Twittershare on Pinterestshare on LinkedInshare on Redditshare on VKontakteshare on Email
Prof. Dr. Amarendra Bhushan DhirajOctober 9, 2014