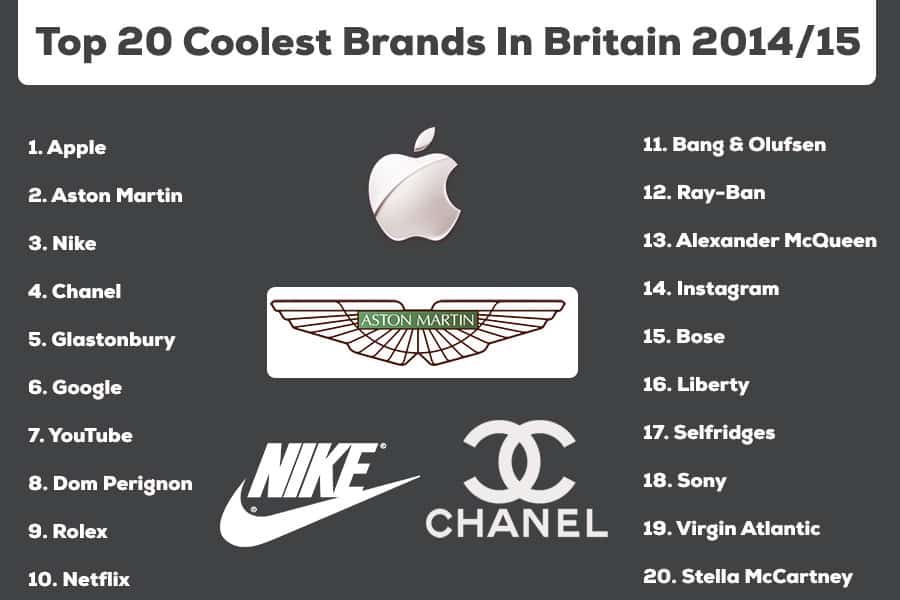 The tech giant Apple has been named the “coolest brand” in Britain for the 3rd consecutive  year, while Twitter and Adidas have fallen out of the top 20 list.

The annual survey revealed that Twitter has dropped off the top 20 list for the first time in 3 years. However, rival social platform Instagram has made its first appearance in the elite club.

Elsewhere, US movie and TV streaming giant Netflix broke into the Top 20 UK list for the first time in tenth place.

Voters were asked to bear in mind style, innovation, originality, authenticity, desirability and uniqueness when listing their brand selections.

The CoolBrands top 20 list is the result of an independent survey of 2,000 British consumers and a panel of 37 key independent influencers – including musicians Ella Eyre, Labrinth, Laura Mvula and Reverend and The Makers, SB.TV founder Jamal Edwards and models, Jodie Kidd and Sophie Dahl.