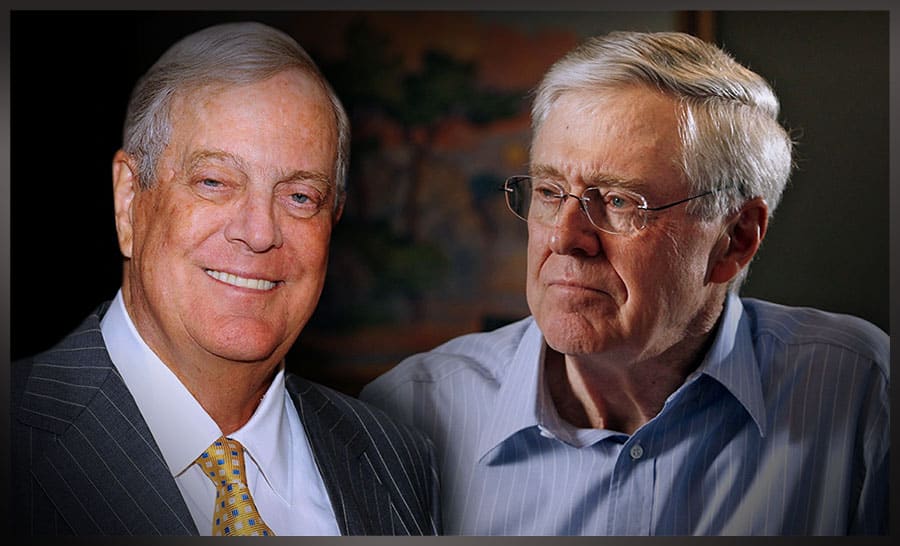 Among the four billionaire Koch brothers, one of the nation’s most powerful business families, Charles and David tie for 4th on the richest people in America list, and tie for 6th on the world’s billionaires list by Forbes magazine — with a fortune estimated at $41 billion each.

Koch brothers are all fabulously wealthy, extremely focused, and donate lavishly to charity. As William Koch sizes up his siblings during an interview with The Associated Press, on family, money, and politics: “David and I like off-color jokes, Freddie likes more sophisticated jokes.” Charles? “Charles likes golf.”

—On his siblings overall William said: “I once used to say that my brother David collected girlfriends till he got married, then my brother Charles collects money and my brother Fred collects houses and then I collect everything I can.”

1. Frederick R. Koch, the eldest of the four Koch brothers, an art collector and philanthropist. All three younger brothers, Charles, David and William studied engineering at MIT, he studied literature at Harvard.

2. Charles G. Koch, estimated net worth US$ 41.6 billion, Chairman of the board, and chief executive officer of Koch Industries.

tweet
share on Facebookshare on Twittershare on Pinterestshare on LinkedInshare on Redditshare on VKontakteshare on Email
Megan BatchelorAugust 25, 2014