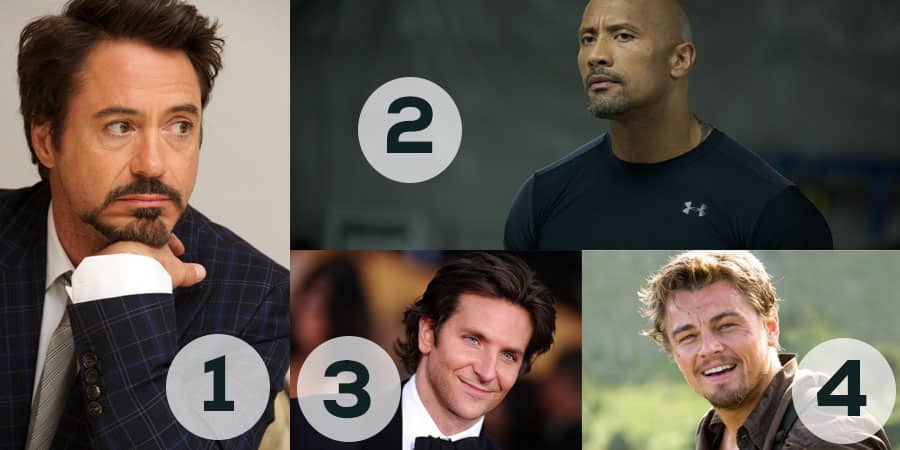 The star of Iron Man, Robert Downey Jr. once again leads Forbes Magazine’s list of the top-earning actors in Hollywood from June 2013 to June 2014. Well, It’s good to be Iron Man!

Coming in 2nd on the list of 10 highest-paid actors in Hollywood is “The Fast & the Furious” star Dwayne “The Rock” Johnson, who earned $52 million. Rounding out the top five is Bradley Cooper, with an estimated $46 million, Leonardo DiCaprio, with an estimated $39 million, and Downey’s “Avengers” co-star Chris Hemsworth — aka “Thor” — who made around $37 million over the past 12 months.

No. 1: Robert Downey Jr.,  $75 million appeared in three “Iron Man” movies and the upcoming “Avengers: Age of Ultron,” slated for release in 2015.  You can follow “Robert Downey Jr.” on twitter @RobertDowneyJr.

No. 5: Chris Hemsworth, $37 million. Star of Thor and the upcoming Cyber.

No. 7: Ben Affleck, $35 million. Star of Argo and the upcoming Batman vs. Superman, you can follow Ben Affleck on Twitter @BenAffleck.

No. 10: Mark Wahlberg, $32 million. Star of Ted and Lone Survivor, you can follow “Mark Wahlberg” on Twitter @mark_wahlberg.

tweet
share on Facebookshare on Twittershare on Pinterestshare on LinkedInshare on Redditshare on VKontakteshare on Email
Megan BatchelorJuly 31, 2014