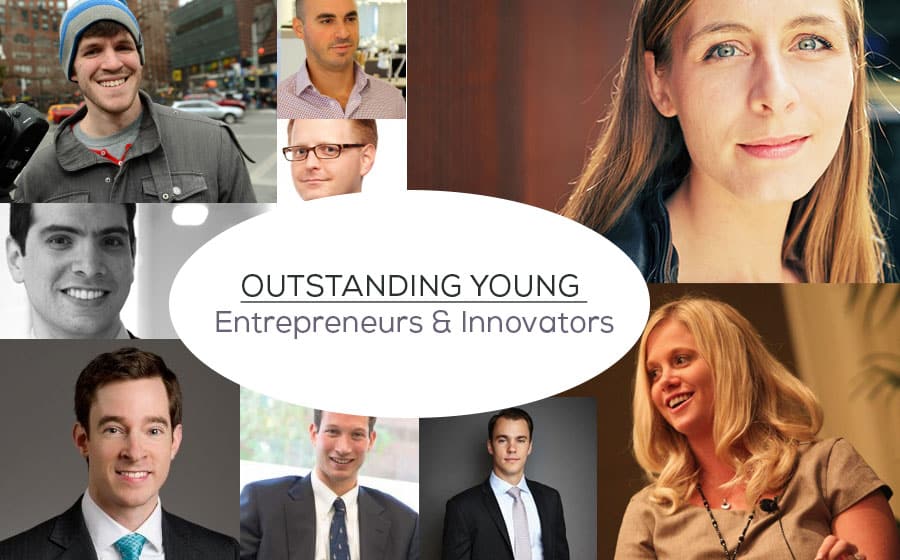 Initiated by Lucentbyte Media Technologies, CEOWORLD Magazine continues to highlight the achievements of young entrepreneurs, innovators, executives, instigators, and professionals who have demonstrated excellence in business and leadership.

THEY are young. They are successful. They are not always rich, but they certainly have ideas.

Here Is a List of “The Most Outstanding Young Entrepreneurs, Innovators, Executives, And Professionals”  in No Particular Order:

Fred Ehrsam, Co-Founder at Coinbase, a secure hosted bitcoin wallet that makes it easy for anyone to purchase and use Bitcoin. Coinbase also provides merchant tools for companies to accept payment in Bitcoin, making it as easy as incorporating a single button. You can follow Fred on twitter @FEhrsam.

At Harvard Business School, Tracy Britt Cool wrote an essay about her career hopes: “My goal is to work with a great investor, who even more importantly is a wonderful teacher and mentor.” She got her wish.

Tracy is now one of Warren Buffett’s top lieutenants, according to a new profile by Bloomberg’s Noah Buhayar and Laura Colby.

– She grew up working on her family’s farm in Kansas before attending Harvard.
– Cool interned at Lehman and BofA and worked at Fidelity.
– Tracy oversees subsidiaries with combined sales over $4 billion and more than 10,000 employees.
– Warren Buffett walked Tracy down the aisle at her wedding in September (Cool’s father passed away).
– Tracy has a “low-key manner” like Buffett, but her role is basically to manage “problem” companies and make them successful.

Sam Barnett, Chief Investment Officer and Chief Executive Officer at SBB Research Group. Sam manages and oversees the investments of the company from a data metric standpoint, while crafting the vision with which the firm is run. Sam and his team manage over $100 million with the algorithms they have developed. Sam’s investment focus is on publicly traded equities, debt, derivatives and currencies. Sam’s team of technology specialists provide assistance to Barnett Capital through general tech support and technological data and deal analysis.

Amit Avner,  founder and CEO of Taykey,  an advertising technology startup that discovers what’s topical for your audience right now and activates media placements based on these topics. You can follow Amit on Twitter @AmitAvner.

Marc Succi, Co-Founder, CMO COO at AugMI (Augmented Medical Intelligence) Labs, Inc., he co-founded with his HMS classmate, Andrew Bishara. He is also Founder & Editor-in-Chief at 2 Minute Medicine® a way to keep current with high-impact medical literature while researching in a lab away from the hospital. Originally consisting of short self-composed study summaries, he built and scaled the organization to the present form after realizing that the need for objective, quality-rated and concise medical reporting spanned far beyond the quad. You can follow Marc on Linkedin.

Miles Barr, co-founder and CEO of Ubiquitous Energy, a PhD in Chemical Engineering in 2012 from MIT. Ubiquitous Energy creates transparent coating that converts light into electricity. Barr was a National Science Foundation Graduate Research Fellow and winner of the prestigious Lemelson-MIT Student Prize in 2012 for his innovations in solar energy and organic electronics. Raised $7.2 million.

Leigh Drogen, Founder and CEO at Estimize. started his career as a trader at Geller Capital where he helped run a successful quantitative strategy based on several core behavioral finance principles. He later started his own asset management firm, Surfview Capital, and was an early member of the team at StockTwits before founding Estimize. You can follow Leigh on Twitter @LDrogen and Linkedin.

Adam Chandler- Graduated from Yale Law School, adam is the youngest lawyer handling the Federal government’s antitrust appeals. In 2013 Adam raised his profile by announcing in a widely read New York Times op-ed that he is gay. “Actually coming out was long overdue, and I recognized that it needed to happen,” Chandler tells us. “I knew I was going to need to force my hand to pull the trigger.”

Eleanor Catton, won the Man Booker Prize for her work of 19th-century style fiction, The Luminaries. Her debut novel, The Rehearsal, won the Betty Trask Prize, the Amazon.ca First Novel Award, the NZSA Hubert Church Best First Book Award for Fiction and was shortlisted for the Guardian First Book Award, the Prix Femina literature award, the abroad category of the Prix Médicis, the University of Wales Dylan Thomas Prize 2010 and Stonewall’s Writer of the Year Award 2011, and longlisted for the Orange Prize 2010. You can follow her on Twitter @EleanorCatton.

Jessica Matthews, CEO and Founder of Uncharted Play, which creates toys that generate electricity. Uncharted Play, Inc. is a social enterprise with one simple idea: fun can be functional. Uncharted Play produce products and services that invite people to rethink function and enjoy their lives while addressing real needs. You can follow her on Twitter @Jess_O_Matt.

Ryan Farris, engineering manager, Human Motion & Control at Parker Hannifin, co-invented the first lightweight and portable exoskeleton packed with sensors that allows paraplegics with severe spinal cord injury to stand up and walk. You can follow Ryan on Linkedin.

tweet
share on Facebookshare on Twittershare on Pinterestshare on LinkedInshare on Redditshare on VKontakteshare on Email
Megan BatchelorJuly 2, 2014