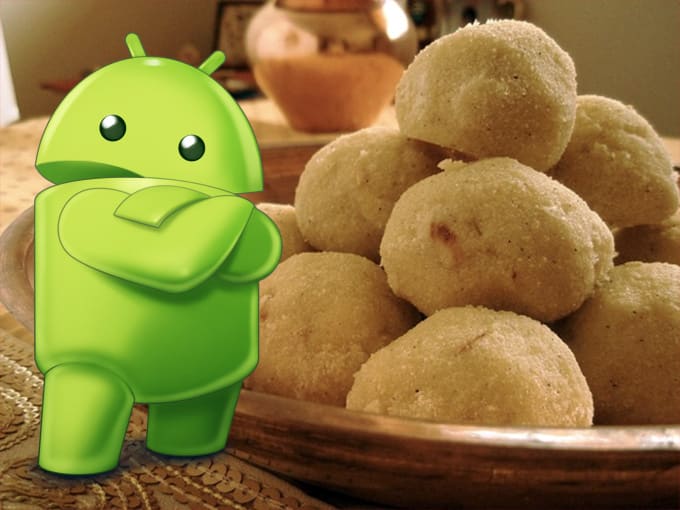 Geeks from India are urging Google Inc. to name the next Android version (Androd 4.5/Android 5.0) as ‘Android Ladoo’ after the famous Indian sweet – Ladoo/Laddu/Laddoo with the motive of making Android more delicious.

Continuing the tradition of software updates named after sweets and desserts, 500 Startups-backed shopping search site Pricebaba had previously run a campaign to have the next Android version named as ‘Kaju Katli’, another popular Indian sweet. Now that Android 4.4 has been named KitKat, this new campaign hopes to get their name of choice for Android 5.0.

Describing about the Android Ladoo campaign, the team says,

You know we continue to love Android. We poured our heart into KajuKatli for Android and you disappointed us :(

We mailed KajuKatli boxes to Larry Page and Andy Rubin. We handed KajuKatli to Amit Singhal in person and also campaigned outside your Android building in Mountain View. But alas, you’ve decided to name the next version of Android as KitKat.

We are Indians. We have a big heart. We understand that there might be commercial pressures to do so. Or may be our voices were just not loud enough to make KajuKatli Android a reality. We still love Android and we are committed to see a version of Android that is dedicated after an Indian sweet. With enough advance notice this time, we request you to name the next version of Android as LADOO.

We love Ladoo, and we’re sure you will too! So, to make this deal sweeter, we are sending your team a box of ladoos very soon :) “

Android boss and senior vice president at Google, where he oversees Android, Chrome and Google Apps, Sundar Pichai is born and raised in India, hence he would be familiar with the sweet taste of Ladoo.

Google will not release Android 5.0 anytime soon and decided to go Android 4.4 which was publicly named 4.4 KitKat.  Android version name is based on desserts in alphabetical order. So, what will be the dessert names of Android 5.0 or Android 6.0?