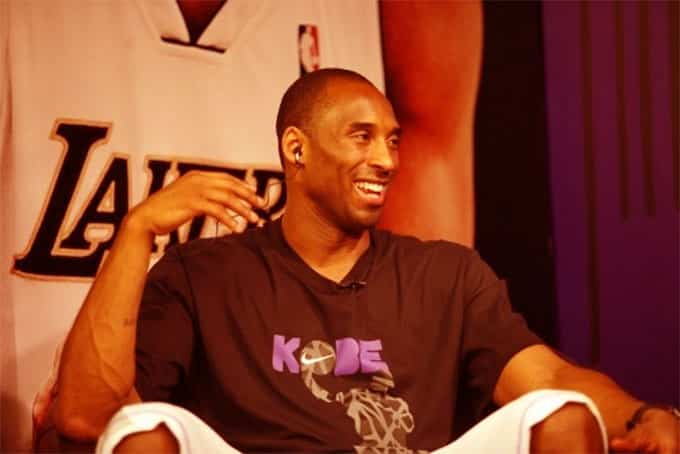 The Los Angeles Lakers superstar, Kobe Bryant and his wife, Vanessa Bryant, both announced they’ve have reconciled and dropped divorce filings on social media… put an end to divorce proceedings that began in Dec. 2011. Last week, Bryant finally joined micro-blogging site twitter .  Kobe Bryant confirmed on his Facebook page that he and his wife have reunited. “I am happy to say that Vanessa and I are moving on with our lives together as a family,” he posted. “When the show ends and the music stops, the journey is made beautiful by having that someone to share it with. Thank you all for your support and prayers.” the Facebook post said. 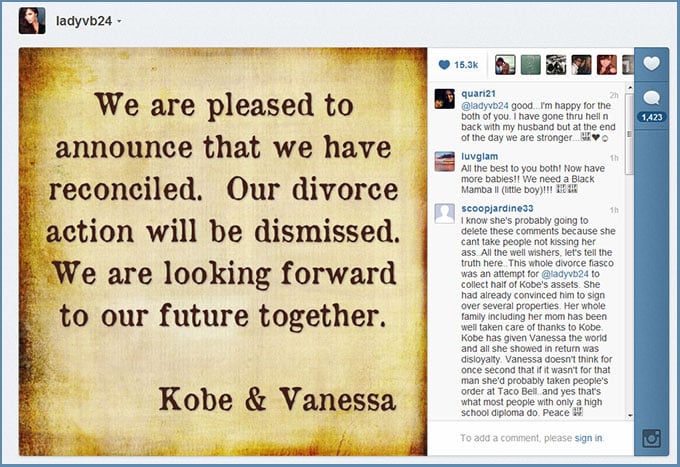 Vanessa Bryant filed for divorce in December 2011, seeking to end a marriage that began in April 2001 and survived a sexual assault accusation against the five-time NBA champion guard. The Bryants have two daughters, Natalia and Gianna. Vanessa Bryant filed papers in Orange County Superior Court in Santa Ana, California, in December of 2011 citing “irreconcilable differences” as the reason for seeking a divorce.

tweet
share on Facebookshare on Twittershare on Pinterestshare on LinkedInshare on Redditshare on VKontakteshare on Email
Aimee Lee WebberJanuary 12, 2013