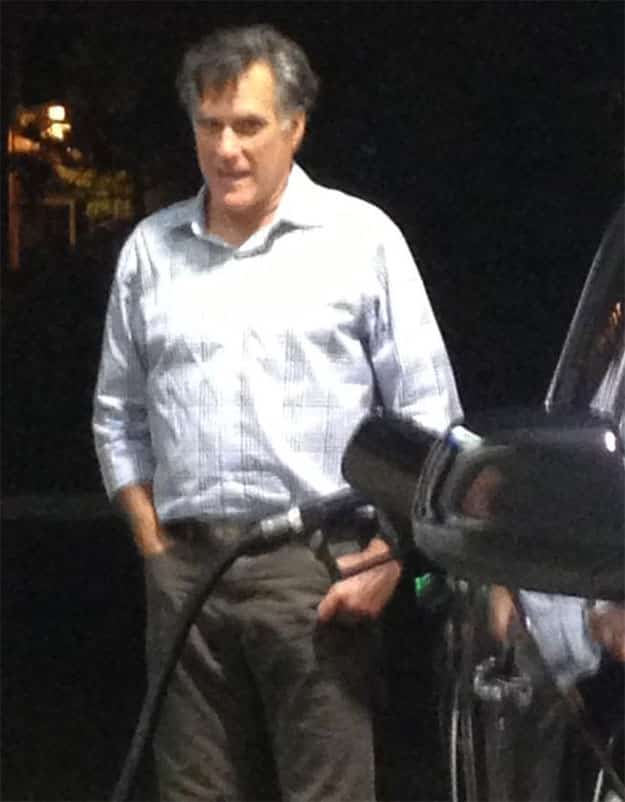 It’s pretty amazing but everything is a deja’vu, when it comes to defeated presidential nominee Mitt Romney, a Redditor mkb95 posted this Mitt Romney pic of what he says is Mitt Romney pumping his gas at a La Jolla, CA gas station. We can’t confirm that it’s real and recent.

According to agwayclerk, a Redditor what makes “Mitt Romney pumping his gas” pic so interesting:

It is pretty amazing that in such a short period of time you can go from missing becoming the leader of one of the most powerful countries in the world by a couple % to pumping your own gas like everyone else.

Not that he couldn’t afford to have someone else do it but imagine Obama just casually strolling around a gas station by himself at night getting gas and a couple twinkies.

tweet
share on Facebookshare on Twittershare on Pinterestshare on LinkedInshare on Redditshare on VKontakteshare on Email
Jessica Todd SwiftNovember 20, 2012