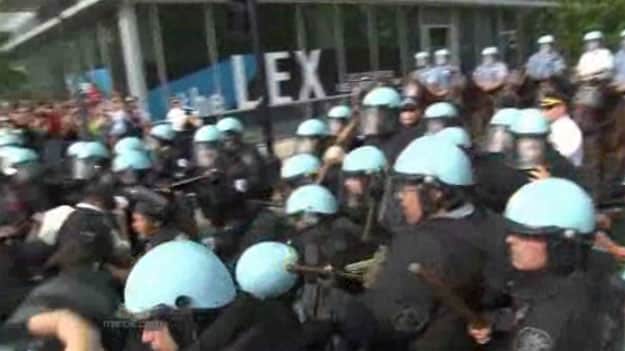 Thousands of protesters marched through downtown Chicago, where more then 60 world leaders are discussing the war in Afghanistan, European missile defense and other security issues at McCormick Place. Several protesters were bloodied and many more were arrested.

tweet
share on Facebookshare on Twittershare on Pinterestshare on LinkedInshare on Redditshare on VKontakteshare on Email
Aimee Lee WebberMay 21, 2012