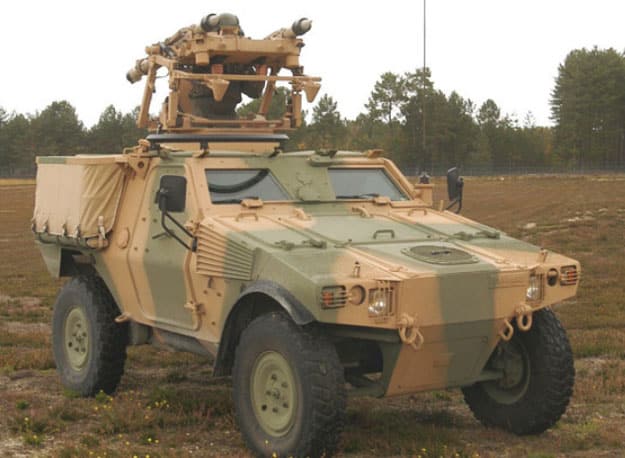 A MBDA statement says, ‘With Mistral having already won a competition to arm India’s ALH Dhruv helicopters, MBDA has also been keen to propose all the advantages that the missile offers as a ground-based air defense weapon’, calling the ‘supply logistics’, ‘service and maintenance benefits’ of a ‘multiple use missile’ to be ‘an added advantage’. The statement cites MBDA’s representative in India, Loïc Piedevache, as saying, “This could of course be a single Mistral production line in India for both the Dhruv and for the surface to air requirement should it be selected.”

MISTRAL ALBI is a lightweight, 360° turret, optimised for the protection of armoured or mechanised units as well as convoys and which, additionally, provides crews with an excellent level of protection Mounted on armoured vehicles, MISTRAL ALBI has been designed to carry out all the usual air defence missions such as point defence, local area defence and, more particularly, defence of mobile units. 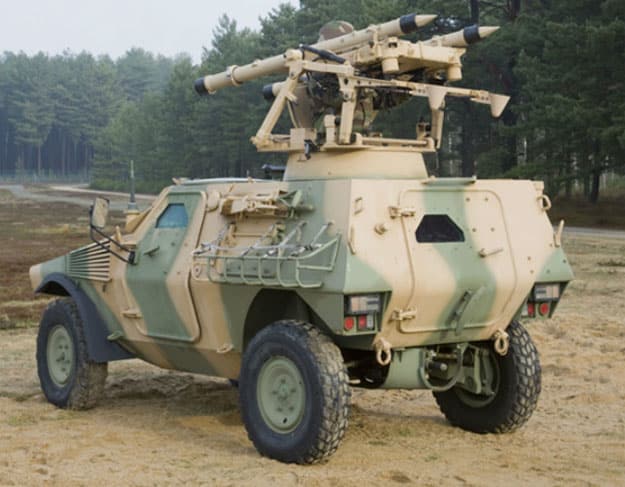 MISTRAL ALBI benefits from all the advantages associated with the MISTRAL missile (Fire-and-Forget, ease of operation, unrivalled kill probability). The system is based on a lightweight foldable turret with 360° azimuth coverage, manually operated by the gunner. Two missiles are mounted on the turret, even when driving off-road.
MISTRAL ALBI can be easily integrated on nearly all types of Armoured Personal Carriers or Light Armoured Vehicles. Six or more missiles can be carried on the vehicle, including two on the turret.

The system can be operated autonomously, thanks to its thermal sight (passive sectorial surveillance) and IFF or integrated to a fire control and co-ordination system such as the MCP (MISTRAL CO-ORDINATION POST) or I-MCP (Improved Missile Control Post).

MISTRAL 2 is a man-portable, fully digital, heat-seeking missile, designed to meet the requirements of all branches of the armed forces. It boasts a 96% proven success rate and higher reliability than any other existing low-level air defence missile.

MISTRAL 2 integrates ultimate state-of-the-art technology to ensure the same effectiveness, in peacetime as well as in wartime conditions. The missile’s diameter (90 mm) permits the integration of a homing head 40% larger than that supplied by the competition and a 3 kg warhead (as compared to 1.2 kg provided by competing weapons). 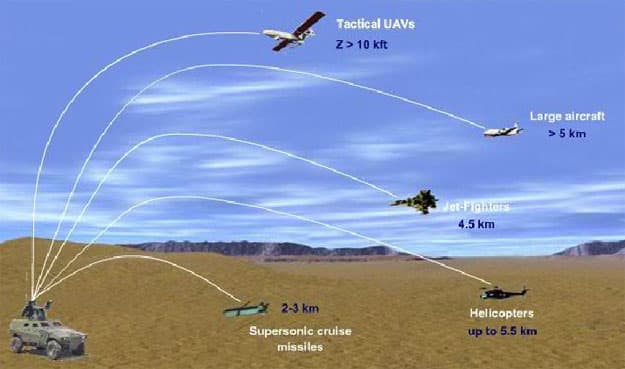 MBDA, a world leader in missiles and missile systems, is a multi-national group with over 10,000 employees in France, the United Kingdom, Italy, Germany and the United States. MBDA has three major aeronautical and defence shareholders – BAE Systems (37.5%), EADS (37.5%) and Finmeccanica (25%), and is the first truly integrated European defence company. In 2010, the Group recorded a turnover of 2.8 billion euros, produced over 3,000 missiles and achieved an order book of 10,8 billion euros. MBDA works with over 90 armed forces worldwide.

tweet
share on Facebookshare on Twittershare on Pinterestshare on LinkedInshare on Redditshare on VKontakteshare on Email
Jessica Todd SwiftDecember 10, 2011