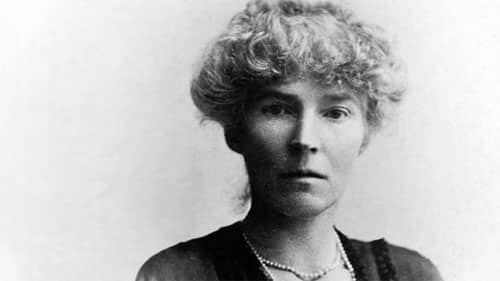 9) Annie Smith Peck- Annie Smith Peck had a distinguished academic career, including a master’s degree from the University of Michigan and advanced study in Germany and Greece. She taught Latin at Purdue University and Smith College. But her first glance at the Matterhorn awakened an interest in mountain climbing. She ultimately climbed the Matterhorn and went on to conquer other mountains in Europe, North America, and the Andes in South America.

8) Gudridur- Guðríður Þorbjarnardóttir was a born in Laugarbrekka, Iceland and lived in various places in the Norse known world, and pushed its boundaries on her journeys. She left Iceland with her father, after rejecting the marry proposal of Einar, to go overseas, to join Eirik the Red in Greenland.  They landed on Herjolfsness. As for Guðrid’s descendants; her son Snorri had a daughter named Hallfrid, who was the mother of bishop Thorlak Runolfsson.  Snorri had also a son, named Thorgeir, the father of Yngvild, the mother of the first bishop Brand.

7) Harriet Chalmers Adams- She is regarded as America’s greatest woman explorer, whom traveled extensively in South America, Asia and the South Pacific in the early 20th Century. From 1907 to 1935, accounts of her journeys were published in over 20 articles of the National Geographic Magazine. In 1925, she helped launch the Society of Woman Geographers and served as its first president until 1933. She also toured lecturing on her travels with illustrated talks with color slides and movies, with copies of her memoirs on Trinidad, Surinam, Bolivia, Peru and the trans-Andean railroad between Buenos Aires and Valparaiso.

6) Dame Freya (Dame Freya Stark)- The first Westerner to journey through many regions of the Middle East, Dame Freya, who was born in Paris and grew up in several homes in England and Italy, wrote 24 travel books and autobiographies and eight volumes of letters from the 1930’s to the 1980’s. Many of the books have been reprinted several times, recently by Transatlantic Arts and Overlook Press, among other houses, and were based on often hazardous journeys by vehicle, camel and donkey.

5) Nellie Bly- Nellie Bly was born Elizabeth Jane Cochran on May 5, 1864 in the town of Cochran’s Mills, Pennsylvania. Nellie traveled the world heading east from New York. Her journey took her from England to Egypt, Ceylon, Singapore, Hong Kong, and Japan before heading back to the United States. During a stop in France, Nellie got to meet Jules Verne himself, who encouraged her to break his own – fictional – record! In the meantime, to keep interest in Nellie’s trip alive, The World promoted a hugely popular guessing game for her arrival time.

4) Louise Boyd- The first woman to travel to the North Geographic Pole. In 1955, at age 67, Boyd chartered an airplane to fly her over the North Pole. This north pole flight, that she described as being the fulfillment of a childhood dream, was the culmination of a lifetime spent leading scientific expeditions to the  north polar regions.

3) Kira Salak- She has traveled solo to almost every continent, visiting some of the world’s remotest or most inhospitable places, including Madagascar, Borneo, Rwanda, and the Democratic Republic of Congo. She cycled nearly 800 miles across Alaska to the Arctic Ocean; she was the first person to kayak solo 600 miles down West Africa’s Niger River to Timbuktu, a trip recounted in her nonfiction book, The Cruelest Journey. Salak has been selected by The Library of Congress for their “Women Who Dare” publications, which highlight the world’s top women explorers and leaders.

2) Mary Kingsley- Mary Kingsley, the daughter of George Kingsley and Mary Bailey, and the niece of Charles Kingsley, was born in Islington in 1862. Her father qualified as a doctor and worked for the Earl of Pembroke. Both men had a love of travelling and together they produced a book of their foreign journeys, South Sea Bubbles. Her mother was an invalid and Mary was expected to stay at home and look after her. Mary had little formal schooling but she did have access to her father’s large library of travel books.

1) Gertrude Bell– She explored the Ottoman Empire during and after World War I and was hugely instrumental in the post-war reconfiguration of the Arab states in the Middle East. She was a prime mover in drawing up Iraq’s boundaries and establishing a constitutional monarchy there with a parliament, civil service and legal system; she was influential in creating a state which had all the trappings of independence while remaining a virtual British colony.

tweet
share on Facebookshare on Twittershare on Pinterestshare on LinkedInshare on Redditshare on VKontakteshare on Email
Aimee Lee WebberOctober 5, 2011 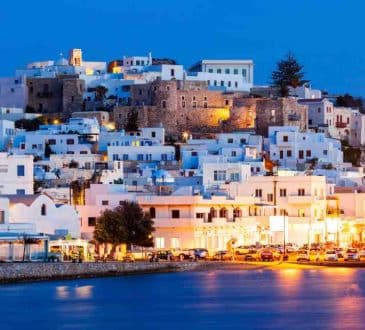 Naxos: Where To Go In The Largest Island Of Cyclades

Anna SiampaniBusiness Travel
Naxos is the largest island in the Cyclades and a unique travel destination that you will definitely love. It is... 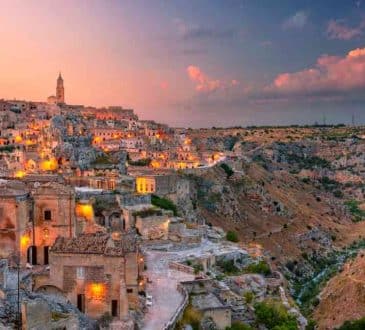 Matera: The Cappadocia of Italy

Anna SiampaniBusiness Travel
Matera is surely one of the oldest cities in the world that will take you to the Middle Ages and...