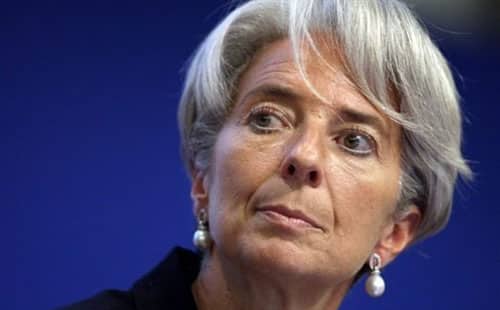 1. Angela Merkel- The current chancellor of Germany, serving her second term, She is the first woman Chancellor in the male dominated political arena of Germany. She was also the president of European council and chaired the G8 Summit. She has been a prominent leader in the European Union along with Nicholas Sarkozy. She has been at the behest of the economic and political reforms in the EU.  A successful chemist by profession, Angela Merkel has also been important figure in world politics. She was awarded the presidential Medal of Freedom and also the Nehru award for her co-operation and promotion international understanding. Despite a dip in her popularity, a dismal 36%, and lack of clarity in her decisions, she continues to be the best chancellor of Germany contributing towards its successful economy.

2. Christine Lagarde- Christine Lagarde, Managing Director of International Monetary Fund, is one of the most powerful leaders in the world, as the chair of law firm Baker& McKenzie, now has her status further elevated with her appointment as the Managing Director of International monetary Fund. A straight forward and non-controversial personality, she has done justice to all the designations she has chaired.

3. Hillary Clinton- Hillary Clinton is the current Secretary of State and wife of Bill Clinton, former president of the United States. She herself was into the presidential race before she lost out to Barack Obama. She continues to perform well- maintain diplomatic relations with several countries, monitoring the country’s development as a deputy and pushing reforms. She had been in question for the leaked documents published by WikiLeaks, but handled them with aplomb. Rumours have it that, she is eyeing the top post at the World Bank. 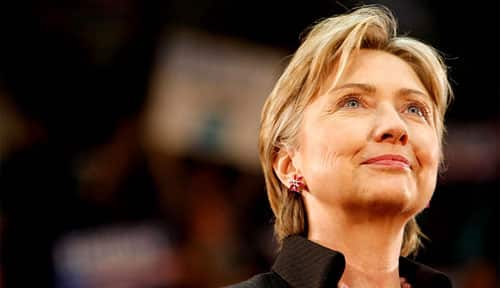 4. Sonia Gandhi- The longest serving chief of the Indian Congress Party, since 1991, she assumed leadership only after her husband, Rajiv Gandhi, a former prime minister of India, was assassinated. She has been a strong leader, a trouble-shooter and a crisis manager for the Congress party. She refused to serve as prime minister when her party won national elections in 2004 and 2009, instead delegating the role to Manmohan Singh.Lauded for overseeing heavy economic growth, she is also criticized for tolerating political corruption and for limiting Dr.Manmohan Singh’s potential and her citizenship has always been in question by the opposition. Her son Rahul Gandhi, a Cambridge alumnus, is the prospective prime ministerial candidate and has been the face of youth for the party. Ms. Gandhi is an avid scholar of the arts, and holds a degree in oil painting conservation. 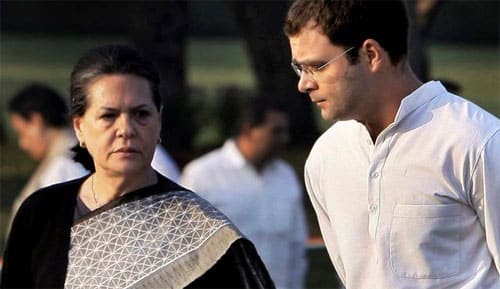 5. Indra Nooyi- The chairman and CEO of the 2nd largest food and beverages company in the world, Indra Nooyi has been at its helm for a decade. She has been credited with restructuring the revenues of the company bringing about a manifold growth since she took over in 2001. The net profit has since doubled and the annual revenues have been up by almost 72%. She is the most powerful business woman and the only in this list for business. An Indian by origin, and an alumnus of Yale University, she has been a success story all her career being the Product Manager at Johnson and Johnson and Mettur Beardsell and strategic positions in Motorola. She also happens to be amongst the 100 highest paid CEOs in the world. 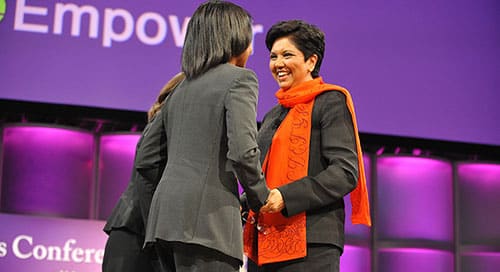 6. Melinda Gates- Wife of Bill Gates and the principal founder of The Bill and Melinda Gates foundation, Melinda Gates left Microsoft as the unit Manager Microsoft Products to concentrate on the foundation. The foundation has donated 24 billion dollar in the last 9 years and have been working with the objective of removal of poverty and improving health care infrastructure in the poor countries. Infact she has been the face of the foundation and the sole campaigner until recently. She along with Bill were the TIME’s person of the year for 2005.They along with Warren Buffet, under the aegis of the Foundation have been campaigning to convince their fellow billionaires to donate their wealth to charity. 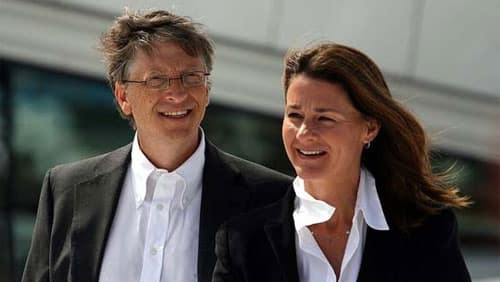 7.  Dilma Rousseff- Dilma Rousseff, the president of Brazil and a protégé of former President Lulu da Silva, she happens to be the first women president of Brazil. She had early been the chief of staff and minister for Energy and also served on the board of Brazilian Oil Company, Petrobas. Though not a prominent figure on her own, she has had her way through politics with her strong headed and unconventional decisions towards developing her country. Brazil currently enjoys a growth rate of approximately 8% and is tipped to increase further. 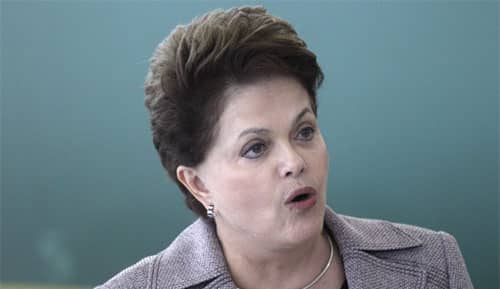 8. Sheryl Sandberg- Sheryl Sandberg, is the COO of Facebook,where she manages business operations including sales, marketing, business development, human resources, public policy, privacy, and communications. She is behind making Facebook a profitable entity.Prior to joining Facebook she served as vice President, Global Online Sales and Operations at Google. She also served the U.S Government in the capacity of Chief of Staff for U.S Treasury under President Bill Clinton. An MBA Graduate from Harvard University, she has aphilanthropic and feminist side to her. She is the hand behind Google’s philanthropic arm, Google.org. She had also worked on projects at the World Bank towards projects on leprosy, AIDS and blindness. 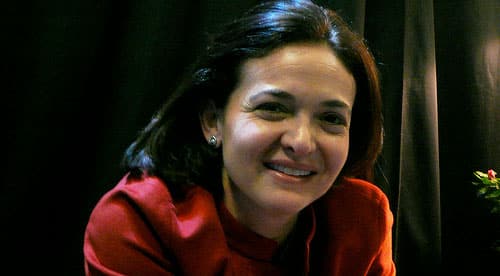 9. Michelle Obama- Michelle Obama, first Lady makes the list not just by the virtue of being the first lady but also by her efforts towards better nutrition and humanitarian services. A Harvard Law School grad herself, she orchestrated the launch of the new nutritional standard info graphic My Plate with the USDA, her Let’s Move! Campaign inspired companies like Coca-Cola, Kellogg and General Mills to pledge to reduce the calorie content of their foods by 2012. Her work towards cancer awareness and child Obesity has been appreciated. Her work has infact been supported by a few republicans and members of military families. She has been referred to asBarack Obama’s publicist. The amazing part is she has a higher popularity rating of about 70% compared to her Husband’s. 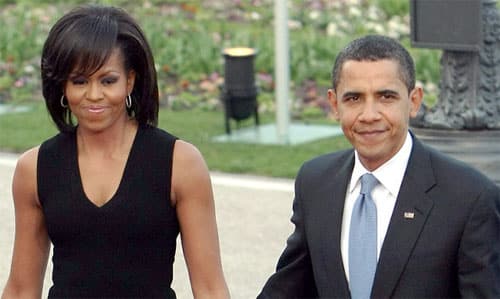 10. Lady Gaga- The reigning queen of live performances and Rock Music, Stefani Joanne Angelina Germanotta a.k.a. Lady Gaga, has been reigning the industry since she hit limelight with her debut album, The Fame which topped the Music charts and its lead single, Just Dance was nominated for Grammy’s. The following single Pokerface has been a bigger success, and been recorded as the most downloaded song in Britain. Her second studio album Born This way’s lead single “Born This Way” happens to be the Fastest selling single ever on iTunes, crossing over a million downloads in under 5days. The album currently happens to be the highest downloaded album. Gaga is also known for her philanthropic efforts contributing a part of endorsement sales for AIDS. She had organised concerts for Haiti earthquake relief and the Japanese Tsunami relief efforts raising millions. She had a fair share of controversy too, indicted by PETA and the anti-LGBT society. 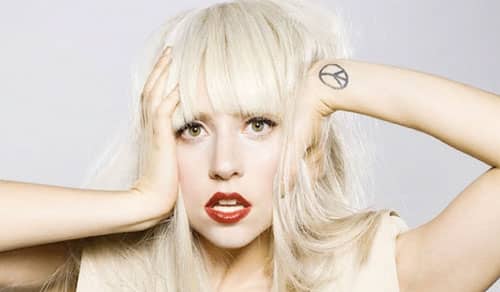 Michele Bachmann- Her name was added to the list on request from our chief executive officer Amarendra Bhushan. Michele Bachmann is a Republican member of the United States House of Representatives, running for president because she wants to bring your voice to the White House, somewhere it hasn’t been heard in a long time. Congresswoman Bachmann developed a reputation as a “principled reformer” who stays true to her conservative beliefs while pushing for real reform of the broken ways of Washington.  Join her effort to change America!!! 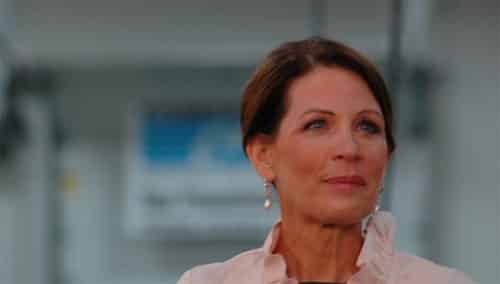 What you need to know about them:

tweet
share on Facebookshare on Twittershare on Pinterestshare on LinkedInshare on Redditshare on VKontakteshare on Email
Jessica Todd SwiftSeptember 21, 2011