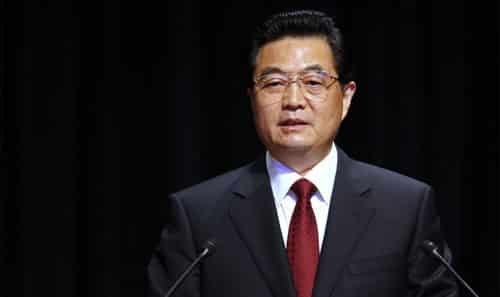 1. Barack Obama- The president of the world’s largest economy and the most powerful country in the world, Barack Obama, has seen it all, joy and sorrow, in his very first term at the white house. He was the hope for the nation, when he took over the reins of the economically battered country from his predecessor, George Bush and has more so lived to the expectations. He was awarded the Nobel Peace Prize for his decisions to repair the damages endured by Afghanistan and Iraq. He has been at the helm of various unprecedented reforms and bills, Health Care and Education Reconciliation Act, American Recovery and Reinvestment Act of 2009, Tax Relief, Unemployment Insurance Reauthorization, and Job Creation Act of 2010.

He has been the most prominent figure at the international front amongst all leaders. He has taken the charge to restore peace in the Middle East, backing Egypt and Libya in their revolutionsand stabilising the Iranian phenomenon. He convinced countries like India into the Nuclear Non-Proliferation Treaty and also signed the Nuclear Arms Reduction Pact with Russia. He will be bidding for the 2012 presidential elections as a Democrat.

2. Hu Jintao- The political Leader for the world’s second economy and also the most populated country in the world, China. He exercises almost dictatorial powers in this country of largest economic and geographical diversities. A strong headed personality, who refuses to budge to external pressures and a prominent leader in the world political arena. His stature is prominent in these times of economic crises in the US since China is the largest holder of bonds against the dollar-Approx.1.5 trillion$. A hardcore communist, he advocates consensus based rule, which has drawn flak by a lot of political pundits terming his stance as unauthoritative. 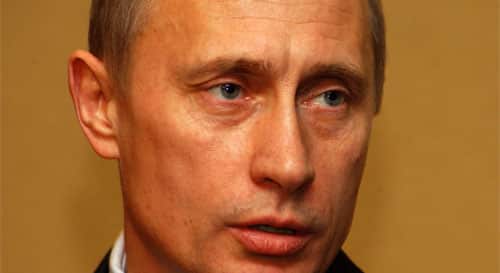 3. Vladimir Putin- Currently the prime minister and the former president of Russia, Vladimir Putin has been the face of Russian politics since 2000. He served two presidential terms and since he wasn’t allowed as per constitution did not bid for a third successive term, though he is likely to run for it in 2012. An ex-KGB spy, he has been known for his heavy handed dealings of the country’s internal affairs. Though accused of several mal practices althrough his career, He enjoys a good popularity rating in his country, infact the best in the world. His policies have remained constant and have hardly been revised, which accounts for a low growth rate despite a very good potential. A critic of US foreign policy, he has engaged US-estranged countries into trade and development, like Iran, Cuba. 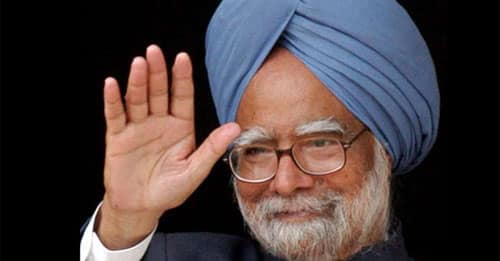 4. Manmohan Singh- The prime minister of the 2nd largest populated country in the world, Dr. Manmohan Singh, a soft-spoken and an introvert personality has been amongst the most prominent leaders in the international arena. A respected gentleman and described as “the leader other leaders love” by the Newsweek magazine, Manmohan Singh is an Economist and an Alumnus of Oxford University. He is credited to have implemented the economic reforms as the finance minister during the early 1990’s and the results have been evident since. India currently has the 4th best growth rate in the world and has been consistent so far. Despite his government being levied of corruption charges and large scams, He continues to be level headed and favours development. 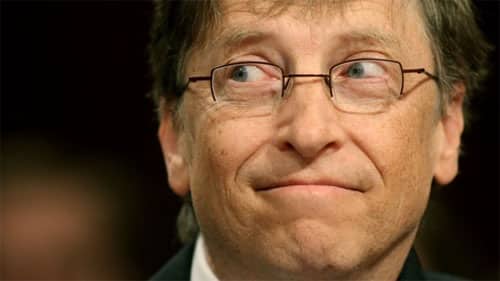 5. Bill gates- The founder of Microsoft, one of the most valued companies in the world, Bill Gates continues to be amongst the richest people in the world, after consistently topping in the list from 1995 to 2007 and back again in 2009. He is also the co-chair of Bill and Melinda Gates Foundation along with his wife Melinda Gates. He is also the chairman of Corbis, an image licensing company and also the chairman of cascade investments, which holds a stake in Berkshire Hathaway (A company founded by Warren Buffet). A Harvard drop-out, he along with Warren Buffet have been convincing fellow billionaires to donate a part of their wealth towards eradication of poverty and improvement of living conditions in poor countries.  He also has authored 2 books namely, the road ahead and business@ the speed of thought. 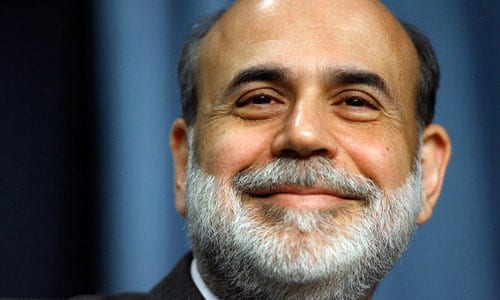 6. Ben Bernanke- Ben Benarke is the current chairman of the Reserve Bank, Central bank of United States, the most powerful financial institution of the United States. He is credited with having worked out the financial recovery solution to the financial crisis in the USA. He merged Merrill Lynch with Bank of America and bailed out insurance major, AIG and also the Citi bank. 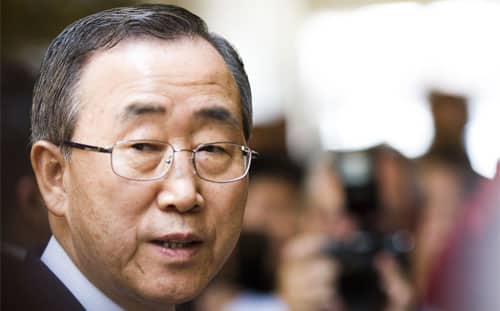 7. Ban Ki Moon- The chairman of the United Nations, officially the strongest organisation, Ban Ki Moon though hasn’t exercised his full potential, he still continues to be one of the most powerful people. His organisations humanitarian, science, environmental and cultural wings have been his devout subjects and have drawn attention too. His dream for nuclear disarmament though looks bleak. Currently serving his second term which spans until 2016, he hopes to work towards world peace. 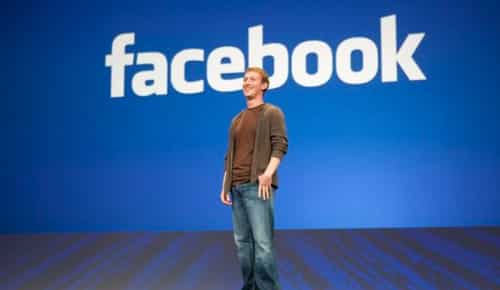 8. Mark Zuckerberg- The youngest billionaire and the founder of Facebook, Mark Zuckerberg brought about a revolution in social networking. He started Facebook along with a few friends in the dorms of the Harvard University. He dropped out of the university to devout full time to Facebook. Helped by angel investors in the beginning, Facebook is currently valued at 65 billion dollars (as in march 2011). The objectives of the website are free press, information flow, revolution and social bonding. Facebook was used as the source of communication and motivation during the Egypt revolution and several such revolutions across Libya, Bahrain, India etc.

9. Julian Assagne- An investigative journalist and a publisher by profession, Julian Assagne has become a name government’s fear of. He and his whistle blower website, WikiLeaks have made headlines repeatedly this year. Wiki leaks published various classified documents and diplomatic cables leaked from the United States which brought to front the hindsight of political behaviour in various countries and the dealings of Afghanistan and Iraq war. WikiLeaks also published material about extrajudicial killings in Kenya, toxic waste dumping in Côte d’Ivoire, Church of Scientology manuals, Guantanamo Bay procedures, and banks such as Kaupthing and Julius Baer. He was the readers’ choice “person of the year” 2010. 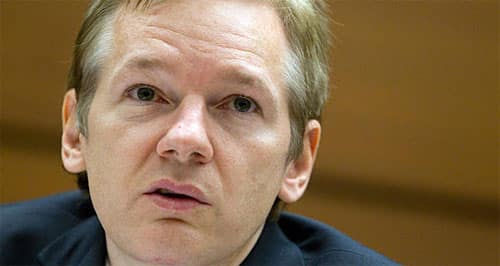 10. Abdullah Bin Abdul Aziz- The Monarch of the Kingdom of Saudi Arabia and the custodian of the two holy Mosques, King Abdullah Bin Abdul Aziz, 88 has been at the helm of the affairs of KSA since the last 6 years and has already earned the reputation of a modern and pro-development ruler. He has laid emphasis on education and investment which was not the prime concern of his predecessors. KSA happens to be the world’s largest producer of oil in the world and accounts for almost 1/5th of the total production, which definitely brings stature to the state’s ruler. KSA under his rule happens to be the most stable government in the volatile Middle East region and also happens to be the key ally of the United States of America. He has held dialogues with the rulers of the gulf region in order to maintain stability in the region. He has advocated world peace and also happened to hold an international inter faith dialogue in Spain in 2008, in a bid to eliminate islamophobia. He also happens to be the only ruler from KSA to have met the Pope of the Vatican. He also happens to be one of the richest royals in the world. 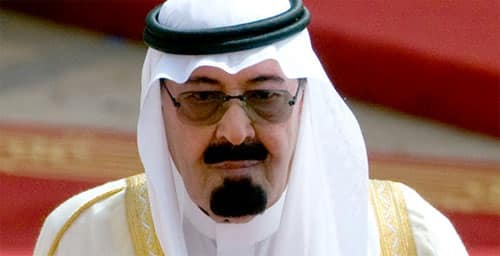 tweet
share on Facebookshare on Twittershare on Pinterestshare on LinkedInshare on Redditshare on VKontakteshare on Email
Megan BatchelorSeptember 21, 2011