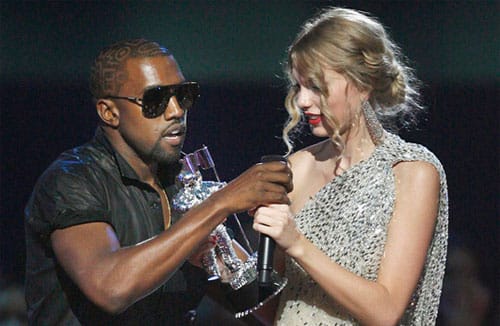 The 34-year-old rapper Kanye West headlined at The Big Chill Festival during which he compared himself to Adolf Hitler. “There is so much bullshit going on in the music industry right now. Someone needs to make a difference. People treat me like Hitler.” Kanye West releases his joint album with Jay-Z, ‘Watch The Throne’, today (August 8), by Roc-A-Fella Records, Roc Nation, and Def Jam Recordings, Jay-Z’s and West’s respective record labels.

“I walk through the hotel and I walk down the street, and people look at me like I’m (expletive) insane, like I’m Hitler,” he said. “One day the light will shine through and one day people will understand everything I ever did.”

“Who saw the video before it got banned, before they took it down and before women’s groups starting saying that a person that lost the most important woman in his life is now against women in some way?” asked West, referring to the 2007 death of his mother Donda West.

“Michael Jordan changed so much in basketball, he took his power to make a difference. It’s so much (expletive) going on in music right now and somebody has to make a (expletive) difference,” he said.

Why Kanye West compared himself to Adolf Hitler- The Big Chill Festival?

tweet
share on Facebookshare on Twittershare on Pinterestshare on LinkedInshare on Redditshare on VKontakteshare on Email
Jessica Todd SwiftAugust 8, 2011