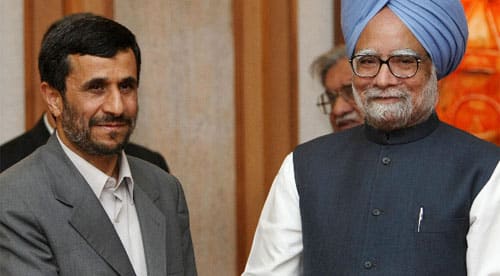 India’s Mangalore Refinery and Petrochemicals Ltd (MRPL) issued on Wednesday a second tender this week to buy high-sulphur crude amid an ongoing oil payment dispute between India and Iran . The refiner, also India’s largest buyer of Iranian crude, is seeking 650,000 barrels of sour crude for loading on Feb. 1-28. The tender will close on Jan 10, with bids remaining valid until Jan. 12.

India’s central bank said in December payments to Iran could no longer be settled through a longstanding clearinghouse system run by central banks, prompting fears India’s $12 billion annual oil imports from Iran could be threatened.

Mangalore Refinery and Petrochemicals Ltd (MRPL) rarely buys sour crude in the spot market as it typically imports about 150,000 barrels per day of similar oil from Iran on a long-term basis. On Wednesday, the refiner issued its second sour crude tender in as many days, the first sign that the row is beginning to have an impact on the international crude market.

MRPL’s tender is for unusually prompt supplies, as most end users in Asia have completed February purchases, an Asian oil trader said. The purchases would boost sentiment in the Middle East crude market, he said.

MRPL imports 7.6 million tonne annually from National Iranian Oil company which amounts to a staggering 60 per cent of its total requirement while its current inventory levels will suffice only for a month, it said.

tweet
share on Facebookshare on Twittershare on Pinterestshare on LinkedInshare on Redditshare on VKontakteshare on Email
Jessica Todd SwiftJanuary 5, 2011