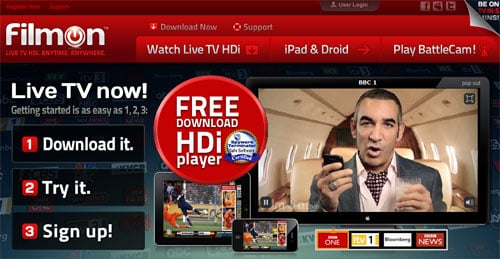 The owners of the major broadcast networks Fox, CBS, ABC and NBC won a temporary restraining order against FilmOn.com Plc, a company that streams the signals of TV stations over the Web without permission of the networks. Naomi Reice Buchwald of the U.S. District Court for the Southern District of New York issued the order.

The Wall Street Journal noted that the legal clash is just one of many as media companies seek to control how viewers access TV content online. FilmOn founder Alki David told WSJ that TV networks “have to deal with me or someone like me or be devoured by the pirates.” FilmOn and Ivi both allow users to stream the same OTA broadcasts—with commercials intact—as they would be able to access for free with an antenna.

Fox is owned by News Corporation (NWSA), CBS by CBS Corp (CBS), ABC is a unit of Walt Disney Co (DIS) and NBC is a unit of General Electric Co (GE.N).

Another company Ivi Inc., which has also been streaming the signals of TV stations. Ivi has filed a suit in U.S. District Court in Seattle in an effort to get a ruling that it is not violating the rights of the networks by streaming their content online.

tweet
share on Facebookshare on Twittershare on Pinterestshare on LinkedInshare on Redditshare on VKontakteshare on Email
Megan BatchelorNovember 22, 2010