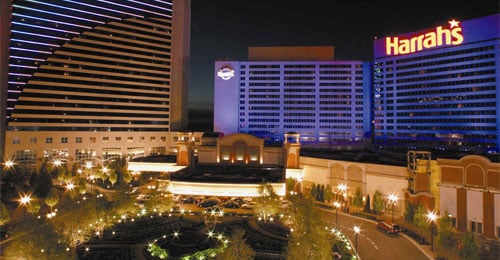 Casino operator Harrah’s Entertainment Inc, the world’s largest casino operator by revenue, has not priced its initial public offering despite indicating earlier that it would begin selling shares on the Nasdaq market this week. Harrah’s, which is majority-owned by private equity investors, previously said it would sell shares to raise as much as $531 million for casino projects and to help with its heavy debt burden. The shares were supposed to be priced somewhere between $15 and 17 each.

Private equity firms Apollo Management LP (APOLO) and TPG Capital (TPG) bought Las Vegas-based Harrah’s in a $31 billion leveraged buyout in early 2008. The company operates about 50 casinos, primarily in the United States and Britain, mostly under the Caesars, Harrah’s and Horseshoe brands. It also owns and operates the World Series of Poker tournament and brand.

Pricing for what was filed as a $470 million IPO (initial public offering) looks likely to be delayed by the underwriters who are viewing an order book on the deal that has been hard to fill anywhere near the anticipated price range of $15 to $19.

tweet
share on Facebookshare on Twittershare on Pinterestshare on LinkedInshare on Redditshare on VKontakteshare on Email
Megan BatchelorNovember 18, 2010