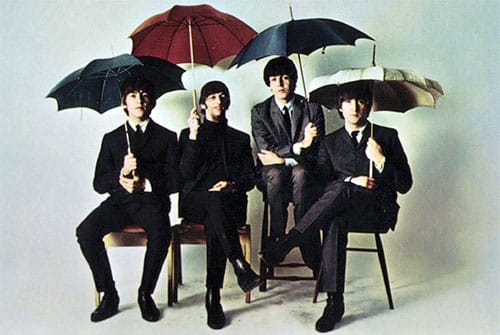 Apple Inc., the Beatles’ Apple Corps and EMI/Capitol Records agreed to make the Beatles‘ catalog, spanning 1962-1970, available for legal digital download, through its iTunes store. More than 200 songs plus the band’s original albums and other compilations listed on iTunes. Songs are priced at $1.29, single albums at $12.99 and double albums (such as the White Album) at $19.99.

“We love the Beatles and are honored and thrilled to welcome them to iTunes,” Apple CEO Steve Jobs said in a news release. “It has been a long and winding road to get here. Thanks to the Beatles and EMI, we are now realizing a dream we’ve had since we launched iTunes 10 years ago.”

In a joint announcement, Apple, EMI, the band’s record label, and Apple Corps, the band’s company, said the Beatles’ 13 remastered studio albums, the two-volume “Past Masters” compilation and the classic “Red” and “Blue” collections were on sale on iTunes as complete albums or individual songs.

“We’re really excited to bring the Beatles’ music to iTunes,” Sir Paul McCartney said in a statement. “It’s fantastic to see the songs we originally released on vinyl receive as much love in the digital world as they did the first time around.”

Apple wrote in a press release that beginning today, “the group’s 13 legendary remastered studio albums with iTunes LPs, the two-volume “Past Masters” compilation and the classic “Red” and “Blue” collections are available for purchase and download on iTunes® worldwide as either albums or individual songs. Fans can also get a special digital “Beatles Box Set” featuring the “Live at the Washington Coliseum, 1964” concert film, a worldwide iTunes exclusive which captures the Beatles’ very first US concert.” Songs will cost $1.29 each, an album $12.99, and double albums $19.99.

tweet
share on Facebookshare on Twittershare on Pinterestshare on LinkedInshare on Redditshare on VKontakteshare on Email
Megan BatchelorNovember 16, 2010