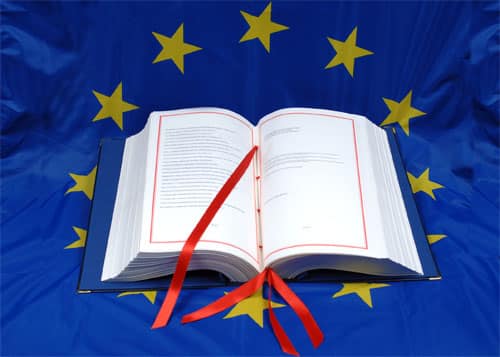 EU EXPANSION OF A DIFFERENT KIND: FROM ECONOMICS TO WELFARE: Can the European Union succeed in creating a stronger social identity? This question lies at the heart of a current project by the Austrian Science Fund (FWF). For an alliance between nations that was originally conceived purely at the market economy level, this would be a fundamental step towards political unity. Within the framework of the project, particular emphasis is currently being focused on investigating the legal scope for action offered by the Lisbon Treaty in this context.

In its early stages, the European Union was primarily an economic community. Now, however, its mandate is developing beyond the dimensions of the market economy. The Lisbon Treaty, which took effect on 1 December 2009, contains new rules for a more socially oriented Europe: a social clause, a reference to a social market economy and also a new competence base for the provision of services of general economic interest (telecoms, energy, transport, etc.). In addition, fundamental social rights are now safeguarded by the European Charter of Fundamental Rights that has been declared binding. Overall, these measures could serve as a basis on which to develop a European (multilevel) welfare system and thus a stronger European social identity.

In her professorial thesis entitled “Social Market Rules for Europe”, Dr. Dragana Damjanovic from the Institute for Austrian and European Public Law at the Vienna University of Economics and Business analyses how a legal framework for a multilevel European welfare system could develop on these new basic principles. One of her hypotheses is oriented towards the EU-wide integration of services of general economic interest, something of which we all have personal experience through the deregulation of the telecoms and energy sectors. It assumes that an integration of welfare state sectors at an EU level might exhibit a similarly-directed form of deregulation – despite the new rules contained in the Lisbon Treaty for a more social Europe.

In an attempt to answer these questions, Dr. Damjanovic is now investigating specific sectors of the welfare state – healthcare, health insurance and higher education. Here, she intends to show the extent to which and the basis on which integration at EU level has already taken place, as well as how the new social rules in the Lisbon Treaty might impact these processes of integration.

Findings to date in the areas she is investigating show that integration at the EU level is already taking place – despite the member states expressly reserving competence over these fields for themselves.

On the one hand, EU integration in these areas is based on the EU market rules such as basic freedoms and competition law and displays a tendency to open up markets – as in the case of services of economic interest (telecoms, energy, transport, etc.). On the other hand, the Europeanisation of the member states’ welfare systems is built on the rules on EU citizenship, which have been construed by the European Court of Justice to be a central element in the future social Europe. These developments are again leading to greater coordination between the member states’ welfare systems at European level. Both processes have fundamental effects on the member states’ sovereignty to establish and organise their welfare systems.

A FUNDAMENTAL RIGHT TO WELFARE?
Whether and how the new social provisions of the Lisbon Treaty might impact these legal processes and what that might mean for the establishment of a European welfare system and a European social identity – these questions will be addressed in the coming stages of Dr. Damjanovic’s work.

Just how positive an impact the international harmonisation of differing service sectors can have at a personal level is something with which Dr. Damjanovic is familiar: before qualifying for her present sponsorship under the FWF’s Elise Richter Programme, she previously spent time studying in Madrid and earned a doctorate at the University of Vienna and a Master’s degree at Berkeley, California.

tweet
share on Facebookshare on Twittershare on Pinterestshare on LinkedInshare on Redditshare on VKontakteshare on Email
Prof. Dr. Amarendra Bhushan DhirajMarch 22, 2010